Home Entertainment Star Wars Obi-Wan Kenobi | Why Is It Advisable To Watch Rebels? 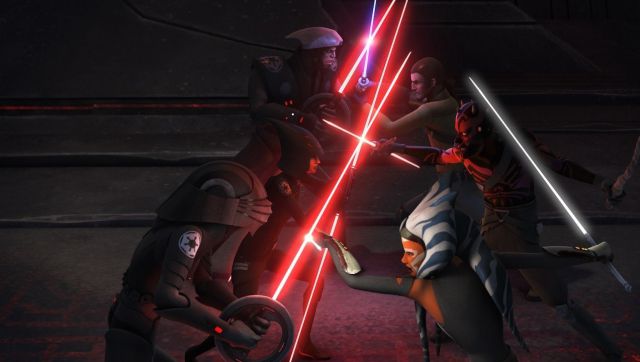 Star Wars Obi-Wan Kenobi: Dave Filoni’s animated series is essential to meet the Imperial Inquisitors, central characters of the new series. The Star Wars universe is interconnected through different transmedia products: movies, television series, comics, video games, novels, etc. The premiere of the Obi-Wan Kenobi series brings to the table some plots that began in other previous productions, such as Star Wars: Rebels. The Dave Filoni-led animated series reintroduced the Imperial Inquisition into canon. It is an organism created by Palpatine to hunt down the surviving Jedi.

Star Wars: Rebels is set between Revenge of the Sith and A New Hope. Chronologically it is very close to Episode IV, so it narrates the process of gestation of the Rebellion. The series began with a more childish tone, but as it happened with The Clone Wars, it knew how to evolve as the seasons progressed. Anyway, the Imperial Inquisitors were the main antagonists in Season 1, despite appearing in the following ones.

While Star Wars: Obi-Wan Kenobi is set a decade after Episode III, Rebels takes place in hindsight, so it is in this series that we learn the fate of some of the Inquisitors, including the Grand Inquisitor. For those who do not know anything about them, it is a starting point to take into account. From what has been seen in the official teaser trailer, two of the characters from Rebels will have a leading role in the fiction starring Ewan McGregor: the Grand Inquisitor himself and the Fifth Brother. On the contrary, the Third Sister does not appear in Rebels, like the unknown Inquisitor of whom absolutely nothing is known.

What is told in Rebels affects other series

In general, Star Wars: Rebels is an essential product to learn more specific details in depth, not only about Star Wars: Obi-Wan Kenobi, but also about The Mandalorian or Ahsoka. Mandalore’s story continues to unfold in this series (and will have a presence in Mando), while Ahsoka Tano’s character, his relationship with Grand Admiral Thrawn, and his motivations start here and will presumably move forward in Star Wars: Ahsoka.

Some plot line outlined in Rebels might have mattered if characters like Maul were featured in Obi-Wan Kenobi, but considering Darth Sidious’s former apprentice (and Episode I antagonist) isn’t making an appearance, everything seems to indicate that the tortuous relationship with the Jedi master will not be touched in this new series (the outcome occurs in Rebels, by the way).

Naughty Dog and the Santa Monica studio have issued a statement...