Home Entertainment Star Wars: Obi-Wan Kenobi | These Are The Gifts That The Actors... 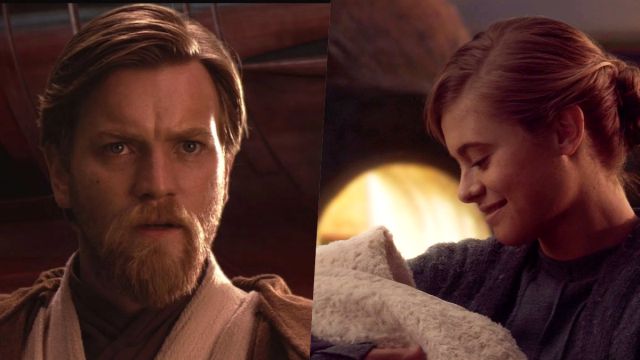 Star Wars: Ewan McGregor already anticipated that the filming process had finished, while saying that it will not disappoint fans of the saga. With Disney + Day on the horizon, Star Wars: Obi-Wan Kenobi has yet to officially show much of anything, although the new Lucasfilm miniseries has already completed filming. This news was revealed by Ewan McGregor himself, the star who played the Jedi master in the prequels and who repeats in this new six-episode fiction. To celebrate this milestone, director Deborah Chow has sent a set of merchandise to the actors who participated in the production.

Bonnie Piesse played young Beru Lars in both Attack of the Clones and Revenge of the Sith. She is also one of the actresses who reprises her role in Obi-Wan Kenobi. Through her official Instagram account, the interpreter has shown some of the objects of the series, which include a cap and a coat. It should be noted that one of the dunes of Tatooine appears in the logo of the cap, something not strange considering that the veteran Jedi is there guarding the child Luke Skywalker. The boy lives with his uncles, still without knowing the fate that awaits him only a few years later.

Star Wars: Obi-Wan Kenobi is one of many products Lucasfilm has in production for the months and years to come. The series still does not have a release date, but it is not the only live-action that has been shot during these months. The Book of Boba Fett, spin off of The Mandalorian, will be released in December, while Star Wars: Andor, the prequel to Rogue One, will debut in 2022. The filming of the third season of The Mandalorian has just begun, so there will be no more Mandalorian adventures this year.

As for the Obi-Wan series, we know that it takes place ten years after Revenge of the Sith and that it will also feature the participation of Hayden Christensen, the actor who gave life to Anakin Skywalker; he will now become Darth Vader.