Home Entertainment Star Wars: Obi-Wan Kenobi Shows One of Its Actresses Training With The... 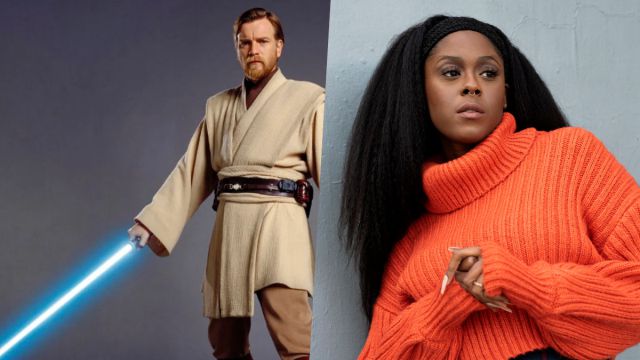 Star Wars: Obi-Wan Kenobi, One of the stars of the series, Moses Ingram, has uploaded a story to Instagram in which he appears with the Jedi weapon.As Ewan McGregor said, lightsaber training started a while ago. The actor will again play the venerable Jedi Master in Star Wars: Obi-Wan Kenobi, the new 6-episode series that will premiere on Disney +. Although the official day of the saga has concluded, the news continues to flow, this time from the hand of one of the actresses of the series. Moses Ingram uploaded a video of her training with a lightsaber to her Instagram stories, as posted on the Reddit forums.

Until now, any details about Ingram’s role were unknown, but that he wields a lightsaber suggests the possibility that he could put himself in the shoes of someone from the Jedi Order, or who knows, perhaps an Imperial Inquisitor. Be that as it may, to date there is nothing official about it, so we will have to wait for Lucasfilm to continue breaking down the details. In fact, there is no official synopsis yet.

What has been said is that Star Wars: Obi-Wan Kenobi will take place a decade after the events narrated in Star Wars Episode III: Revenge of the Sith. This means that Palpatine is already emperor. Next to him sits the fearsome Lord Darh Vader, formerly known as Anakin Skywalker. Meanwhile, on the planet Tatooine, Master Kenobi watches over a very young Luke Skywalker, who is only 10 years old. He lives with his adoptive family, the Lars, on the family farm.

Filming for Star Wars: Obi-Wan Kenobi began in April. Since then, some images of the filming set have already been leaked. How could it be otherwise, all the material that has come to light confirms that part of the plot will take place on the arid home planet of Anakin. What other locations will we see? For now, a mystery.

“The main openings of the fifth season are…” — The Duffer...

Netflix shared the new trailer of the Dota 2 animation