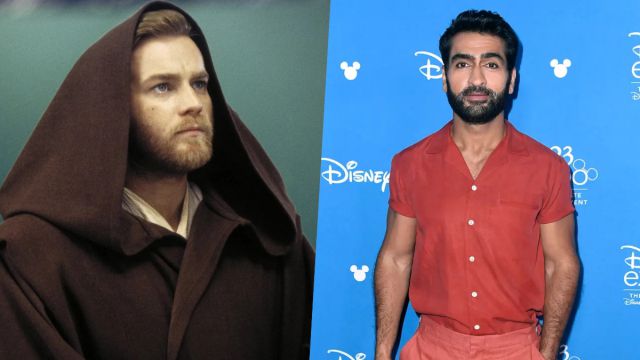 Star Wars: The miniseries starring Ewan McGregor has already completed filming and will premiere sometime in 2022. The sequel to Revenge of the Sith will be told in a Disney + miniseries. Star Wars: Obi-Wan Kenobi has already finished filming, so little by little different information related to fiction is arriving. In an interview with Rolling Stone, actor Kumail Nanjiani (Eternals) has shared his experience on the set, while also recalling his relationship with Ewan McGregor, the interpreter who gives life, once again, to Jedi Master Kenobi .

Sensations at the scene

“I had heard that Ewan [McGregor] was very nice. And then we got to know each other a bit, ”recalls the actor. “There was a weird moment where I was chatting with Ewan and they yelled ‘action,’ so he started talking to me and it was like, ‘Oh, I’m talking to Obi-Wan right now, this isn’t Ewan McGregor.’ As he says, his character is a bit hostile to him, but … “You know, it’s fucking Obi-Wan, what are you going to do?” He wonders.

Nanjiani assures in the interview that you feel like you are in the galaxy, very, very far away. In the first scene they shot, there were aliens walking and flying ships, “but the rest just looked like a warehouse.” And Ewan told him that none of this was real. ”Still, thanks to technology, Lucasfilm managed to capture the realism of the scene. “I love shooting like this, because you don’t have to pretend you’re on a ship flying in space, it feels like that.” He adds: “It’s amazing to be in the world of Star Wars, the world I’ve been seeing. since I was born. I’ve been a fan for as long as I have memories. In fact, I just went to Disneyland and the world of Star Wars. I said to myself, ‘This looks like being at work.

Star Wars: Obi-Wan Kenobi will premiere on Disney + in 2022, although they have not yet announced a specific date for it.

WhatsApp: how to send temporary photos and videos so that they...