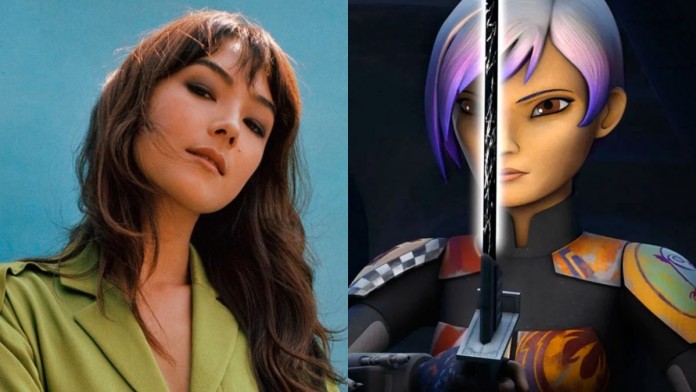 Star Wars: There is already an actress for the bearer of the black sword from Star Wars Rebels who will make the leap to live action thanks to the spin-off of The Mandalorian. After the confirmation of the first official data about the next filming of the Ahsoka Star Wars series for Disney + and that it will be interpreted again by actress Rosario Dawson after her appearance in The Mandalorian, we now know another member of the main cast . It is, neither more nor less, the co-star of this new spin-off, Sabine Wren from Star Wars Rebels, who will be played by Natasha Liu Bordizzo (Guns Akimbo, The Society, Trigre and dragon 2: The sword of destiny ). This has been announced by Deadline, despite the fact that neither Disney nor Lucasfilm have yet ruled on the matter.

Thus, the presence of Sabine Wren represents the character’s debut in live action, further establishing the connection between the Ahsoka series and the Star Wars Rebels animated series. Let’s remember Sabine is a deserter from the Empire to finally wield the black saber and go on a journey with Ahsoka to find Ezra. In addition, Sabine is an expert in weapons and explosives, as well as a master of graffiti.

It remains to be seen what names will bring Ezra and Thrawn to life, if they end up showing up as well. At the moment the other name of weight confirming for the series is Hayden Christensen, who will return once again as Anakin Skywalker (Darth Vader) after his next appearance in the Obi-Wan Kenobi series with Ewan McGregor, who in turn He returned as Jedi Master Kenobi after the events of Episode III: Revenge of the Sith.

Ahsoka will start filming in March 2022 and currently has no release date on Disney +. The next Star Wars series to arrive on the Disney platform will be The Book of Boba Fett, scheduled for December 29, 2021.

Ethan Hawke Is Still the Perfect Grabber for Black Phone 2