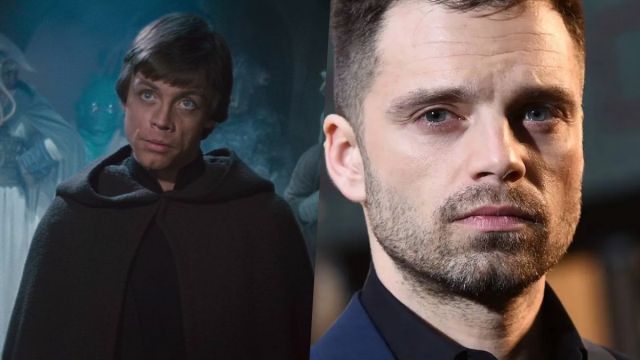 The Falcon and Winter Soldier actor said he would believe it if Hamill himself called him to comment that he agrees to share the role.

Sebastian Stan as the younger version of Luke Skywalker in Star Wars? To date, Lucasfilm has not announced anything officially, so it is a rumor that has spread through the network like wildfire. But he has done it with such force that it has led the actors to comment on it. After Stan said that he would believe it if Mark Hamill, Luke’s original actor, called him, the interpreter himself has spoken on Twitter.

Mark Hamill has not directly considered that possibility. Instead, he has limited himself to commenting that it is not something that depends on him in any case. “This presupposes that I have a say in Lucasfilm’s casting decisions, when in fact … I don’t.” The statements that have provoked this reaction were made by Sebastian Stan in an interview with ComicBook: “If Mark Hamill calls me personally and says that he feels inclined to share this role with me, then I will believe it.”

The decision is not up to Stan either

In another interview, this time with MTV Asia, Stan commented that he had heard the rumors: “I’m always a bit confused, because if these conversations are going on, why doesn’t anyone call me to have a conversation about it? Like everyone else, I grew up with Star Wars, and for me, The Empire Strikes Back is one of my favorite movies. ” About Mark Hamill he said that he is “one of the most iconic personalities”, as is his character. “It does not seem that the decision depends on me,” he finished then.

The Mandalorian takes place just after the fall of the Galactic Empire, that is, after the events of Return of the Jedi. In those moments, Luke Skywalker has already reached his status as Jedi. The surprise is that the character appeared at the end of the second season of the series, yes, again incarnated by Mark Hamill, thanks to the advances of current technology.

Kim Jong Un elected to post that had disappeared