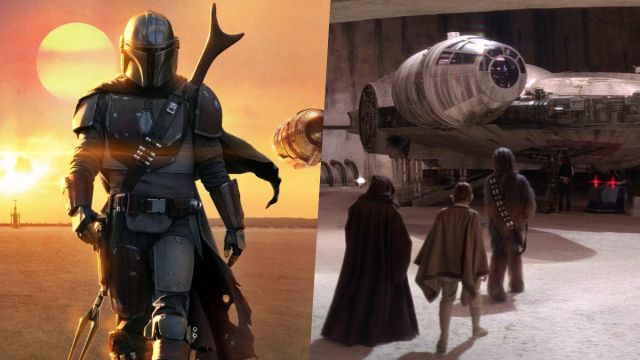 Although Tatooine has appeared on several occasions during the first and second seasons of the series, one of the scenarios was ruled out.

Din Djarin, better known as Mando, explores the galaxy with Grogu, the little Baby Yoda. During his journey he does not stop visiting different planets, in which he usually ends up fighting or escaping death at the last moment. The Mandalorian, the first live-action series based on the Star Wars universe, left in the inkwell a scenario that fans of A New Hope will instantly remember, Pier 94 in Mos Eisley, a location that was originally going to be introduce, although ultimately it was not.

“Here’s a location I helped design for Chapter 5 of The Mandalorian,” writes Anton Grandert of the production in an Instagram post that includes several images of the design. “The original idea was to build Pier 94, so I looked to A New Hope for reference. Later this was modified ”. He also attempted to recreate the dock entrance from Episode IV.

In this film, this area of ​​the dangerous Mos Eisley appears when C3PO, Han Solo, Chewbacca, Luke and Obi-Wan try to flee the planet to save Princess Leia, prisoner of Darth Vader. As soon as they arrive at the Millennium Falcon, the protagonists discover that the welcoming party has already arrived, so they will make their way with laser guns. In the Special Edition, in addition, a scene is added in which Jabba talks to Han Solo about his debt.

Star Wars: The Mandalorian has already aired its first two seasons, but the third is already confirmed, still without an official date. Lucasfilm is also preparing the spin-off Rangers of the New Republic, The Book of Boba Fett and Ahsoka. None of them will have the presence of Cara Dune, since the actress who played her, Gina Carano, has been fired from her for her behavior on social networks.