Home Entertainment Star Wars: Luke And Lando Will Follow The Trail Of The Sith... 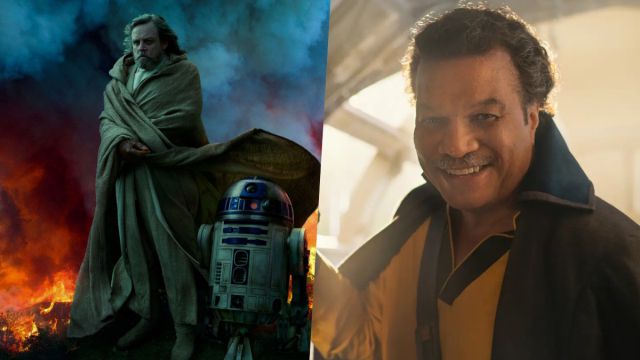 Star Wars: Lucasfilm announces the novel Star Wars: Shadow of the Sith, which will chronicle the two heroes’ journey to Exegol. When Star Wars: The Rise of Skywalker drew its story lines, we discovered that Luke Skywalker’s adventures did not suddenly cease. The veteran Jedi master had detected a dark plot related to the planet Exegol, a world linked to the Sith lords. It was known that he had followed the clues of this threat with his friend Lando Calrissian, a story that we can finally know thanks to Star Wars: Shadow of the Sith, a new book scheduled for June 28, 2022.

In search of the dead emperor?

Written by Adam Christopher, the official synopsis tells us the following: “Jedi Master Luke Skywalker is suffering visions from the dark side, which reveal an ominous secret that grows in the depths of space, in a dead world called Exegol. The disturbance in the Force is undeniable … and Luke’s worst fears are confirmed when his old friend, Lando Calrissian, comes to him with reports of a new Sith threat. ”

Lando’s daughter was snatched from his arms, but Lando has searched all the stars for any sign of his missing offspring. “All the new rumors only lead him to dead ends,” until he meets Ochi de Bestoon, a Sith assassin who was tasked with kidnapping the girl. ” This character appears briefly in Episode IX, or rather the mortal remains of him.

In addition to this book, which explores the aftermath after a time without great news in that timeline, Lucasfilm has announced Star Wars: Brotherhood, starring Anakin Skywalker and Obi-Wan Kenobi. They have also uncovered Star Wars: Padawan, a novel focusing on the then young Kenobi’s years of training with Qui-Gon Jinn. The first will be available on May 10, 2022, while the second is planned for June 26. All of them can be booked now in their English edition.

Everything we know about the Dragon House