Home Entertainment Star Wars’ John Boyega Reveals What He Wanted to Happen During the... 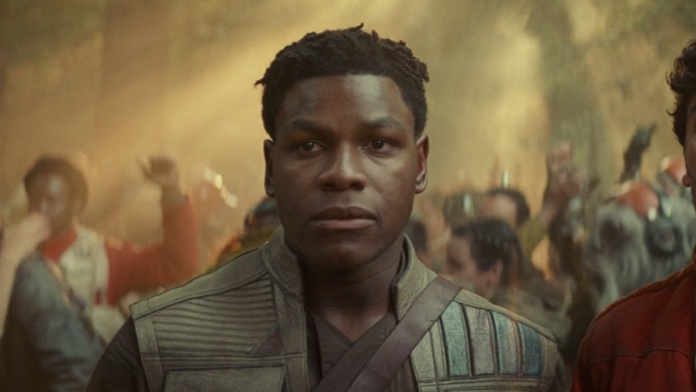 John Boyega was part of the Star Wars sequel trilogy from 2015 to 2019 as Finn, a stormtrooper turned Resistance fighter. While Finn showed great promise in Star Wars: The Force Awakens, his character was sidelined to focus more on Rey’s story, and now Boyega is expressing what he wanted to happen in the sequel trilogy.

Fans are still crazy about how Finn’s story turned during the continuation of the trilogy. His story first appeared in Star Wars: The Force Awakens as a stormtrooper who was taken from his family as an infant and sold to the First Order only to escape and become part of the Resistance movement. But then in the next two films he was reduced to the role of a partner. In an interview with Vanity Fair, Boyega talked about what he would like to see in the sequel to the trilogy and what he doubts. Said the actor,

To some extent, there was going to be an uprising of stormtroopers. And then to concretize the character of Luke a little. Give him more moments of redemption that I think were needed after VIII [The Last Jedi]. I feel like Star Wars fans need more time with the characters we love so much.

It’s true that all of these characters spent most of the most recent Star Wars trilogy apart, instead of fighting together against a common enemy. When Han Solo died at the end of Star Wars: The Force Awakens, he didn’t have a chance to reunite with Luke Skywalker, who decided to live in exile after Solo’s son turned to the Dark Side. While Rey had plenty of time to hang out with the iconic trio, Finn really only had sketchy moments with them.

Despite the fact that the British actor lost the battle for more Finn in Star Wars: Skywalker. Sunrise”, he still considered himself a big fan of “Star Wars”. He told Vanity Fair that he’s still watching the Star Wars spin-off “Mandalorian” and “Obi-Wan Kenobi.” As for whether he will ever come back to play Finn again, he said that it will only happen if his co-stars Daisy Ridley and Oscar Isaac also return. But until then, Boyega considers himself a retired Star Wars.

While the “Star Wars” sequel trilogy was a great way for John Boyega to make a name for himself in the entertainment world, his life after “Star Wars” was wonderful. This year he will release three films, including the thriller Sundance Breaking about the true story of a former Marine veteran who robs a bank after the Department of Veterans Affairs stopped sending him disability checks. Fans will see him play King Gezo in the historical epic “The Female King” on September 16 and in the Netflix drama “They Cloned Tyrone,” which will be released sometime this year.

John Boyega may have his own complaints about Star Wars, but he is still an important part of the beloved franchise. You can see him playing Finn in the Star Wars sequel trilogy by subscribing to Disney+.

Gotham Knights must show that Alfred is the best player of...

The showrunner of the “Yellow Jackets” refutes the main fan theory...