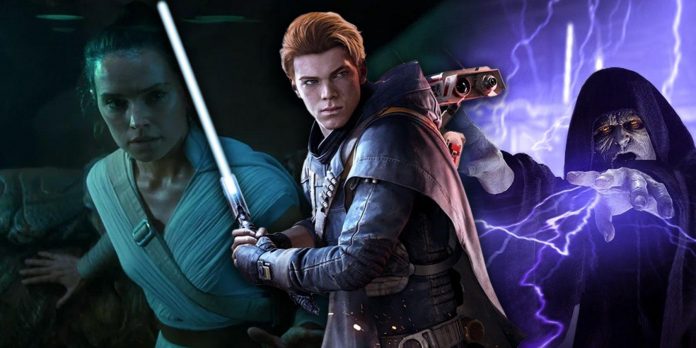 While little has been revealed about this sequel, the first trailer for Star Wars Jedi: Survivor reinvigorated interest in the series. However, sequels are always a tricky balance. Keeping what fans loved while making the game feel new is difficult, as many other franchises have realized. If Respawn Entertainment wants to maintain the success of the first game while telling a new story, Cal’s Force powers will be an essential part of that formula.

One of the best parts of Fallen Order was the Force powers that Cal acquired throughout the game. The way players could use the Force to interact with the environment and engage in dynamic Force combat was revolutionary. No other Star Wars game has been able to effectively capture the appeal of wielding the Force quite as well.

Using Force Slow, Cal could slow down fast-moving machinery he needed to get around, or slow down a group of enemies before cutting them down with his lightsaber. Force Push and Pull allowed Cal to move objects he couldn’t otherwise lift to reach new areas of the map, while providing a powerful way to handle foes. There are few things more quintessentially Star Wars than Force Pushing stormtroopers off of ledges. The rest of Cal’s Force powers, such as wall running and double jump, were more important for exploration than combat, but still enjoyable nonetheless. Cal’s Force Echo ability in Jedi: Fallen Order was an important narrative device as well.

Fallen Order was smart with how it deployed Force powers. As Cal’s connection to the Force was intentionally severed to protect himself from the Jedi-hunting Inquisitors, players had to work at restoring his powers before a final showdown with Second Sister. By slowly allowing Cal access to them throughout the game, it opened up new areas that could be explored on previously visited worlds. Like the best RPGs, Fallen Order encouraged players to explore every corner of the universe using the Force and BD-1, one of the best video game companions, to find hidden treasures.

If Star Wars Jedi: Survivor wants to capture the magic of the original game, it will need to present new Force powers and gameplay dynamics while maintaining Jedi: Fallen Order’s Soulslike features. The combat needs to feel fresh, and new puzzle types need to be introduced.

Force Grip is one power that would be very effective in both situations. Fallen Order provided a simplified version with the Force Pull power, but Grip would give players more control. Essentially, this would allow Cal to use the Force to grab onto a person, beast, or object, and move it exactly where he wants it to go. Force Grip could be used in combat to attack enemies with the environment, while also introducing new puzzles where players have to move objects around in the air to reach certain areas.

One of the first powers introduced in Star Wars is Obi-Wan Kenobi’s Jedi mind trick. While it likely doesn’t have many applications for combat, mind tricks could introduce a whole new kind of puzzle in Star Wars Jedi: Survivor. From Assassin’s Creed to Spider-Man, stealth missions have a long history in video games. Using Jedi mind tricks, Survivor could find itself right in the mix. The trailer for Star Wars Jedi: Survivor makes it look like there will be more action on Imperial bases than before, meaning stealth will be critical to keep Cal safe from entire squadrons of stormtroopers and Inquisitors.

Though typically associated with the Sith rather than the Jedi, Force Lightning would be an incredible power to wield in the game. Due to its sheer power, Lightning would have to be an ability only accessible in certain situations, such as getting a high attack combo or having a full Force meter. Having a way to damage enemies from a distance would add an interesting new combat dynamic. If Star Wars Jedi: Survivor explores the Dark Side of the Force, there’s an even better chance Force Lightning will be featured.

Another power that Survivor could explore is Ezra Bridger’s Force connection with beasts from Star Wars Rebels. Star Wars Jedi: Fallen Order is full of interesting creatures to battle and kill, but bringing them over to Cal’s side in combat could be a game changer. Fallen Order already lightly explored this concept, as BD-1 could slice into security droids to turn them into allies. Using the beasts to help with the environmental puzzle could introduce a fun dynamic as well.

There is no shortage of new powers that Cal could acquire in Star Wars Jedi: Survivor. Drawing from established canon, or creating new ones, Respawn can’t go wrong. However, new powers must be introduced to ensure the game doesn’t feel like a retread of Fallen Order. Good sequels stand on their own rather than just riding the success of the original, and as fans await the news of Star Wars Jedi: Survivor’s release date, there’s no shortage of speculation on what the future holds.

Tower of Fantasy: How to Get a Dust Wheeler Car