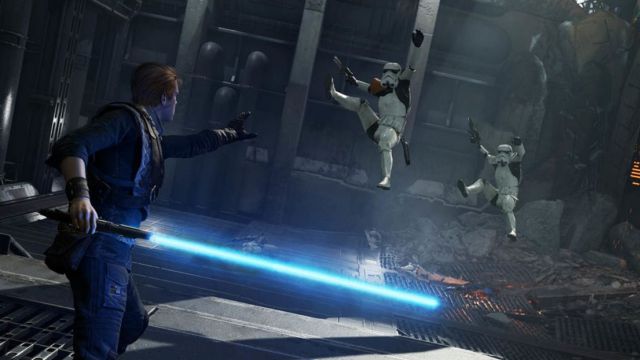 Star Wars Jedi: Fallen Order: The Respawn Entertainment title has been optimized for the new generation of consoles, with improvements in graphics and performance. The Jedi Order has fallen, but all is not lost. Star Wars Jedi: Fallen Order returns to today with a new update for the new generation of consoles. As previously anticipated by EA, the Respawn Entertainment video game is further optimized. The leaks pointed to June 11 and so it has been; As if that weren’t enough, Electronic Arts has revealed that the game has sold 20 million units to date.

The title will be sold independently on these consoles, but those who have their copy in the previous generation will be able to update without paying a single euro. As for the improvements, it increases the resolution of the textures and other assets. It improves performance with a more stable 60 fps and the resolution reaches 4K / HDR, not to mention “significantly faster” load times. The weight of the patch is 54 GB on Sony’s machine and 50.2 on Microsoft’s.

On the other hand, the two graphical configurations remain:

A new adventure for Cal Kestis

In Star Wars Jedi: Fallen Order we handle Cal Kestis, a former Jedi Padawan who has strayed from the ways of the force to flee the Galactic Empire. After the self-proclaimed Emperor Palpatine issued Order 66, most of the Knights have been killed. Some stay in the shadows, waiting for an opportunity.

For Cal Kestis, however, peace is short-lived. The adventure begins when the Imperial Inquisitors discover his presence, so he has no choice but to wield the lightsaber again. Respawn Entertainment has designed a third-person action game with exploration, whereby the characters travel the galaxy together with a small crew. Set between Episodes III and IV, this is a canon story within the Star Wars universe.

Star Wars Jedi: Fallen Order is available on PS4, PS5, Xbox One, Xbox Series X, Xbox Series S, and PC. The sequel is already underway, although it has not yet been officially shown. What is clear is that the battle of the Rebellion has only just begun.