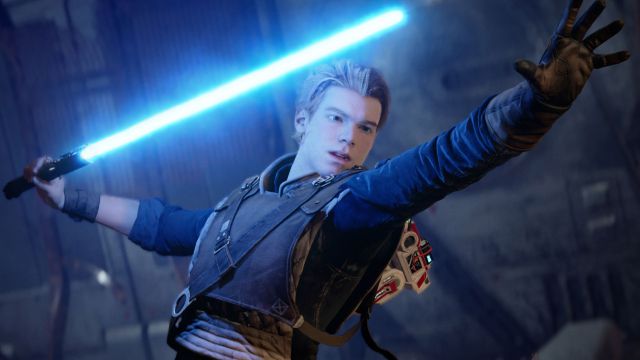 Star Wars Jedi: Fallen Order: Cameron Monaghan highlights the development of Cal Kestis and expresses his hope that the character will continue to evolve in the future. Electronic Arts and Respawn Entertainment are working on the sequel to Star Wars Jedi: Fallen Order, despite the fact that it has not been officially shown at the moment (leaks suggest that it will be revealed soon). In any case, the future of this subsaga is confirmed and Cameron Monaghan, the actor who plays Cal Kestis, the protagonist, has spoken about what he expects about the future of the character he plays.

“It has been an absolute privilege to be part of the canon of the Star Wars universe,” the star acknowledged in an interview with CBR. “I think Cal has been a great addition to Star Wars and I love how he’s built and how Jedi: Fallen Order explores trauma and loss, in many ways,” including overcoming “post-traumatic stress disorder. I think introducing this was very interesting” for the series.

On the future of the character, he added the following: “I would very much like that from now on we can continue to delve into Cal and also put him in different situations, as well as see how he changes as he ages”, as we dive into this dark period. of the galaxy.

Star Wars Jedi: Fallen Order was released in late 2019 for PS4, Xbox One, and PC. Later it was also marketed on Google Stadia, while Respawn Entertainment adapted the product to the new generation, first with a patch and then with a native and free version that improves graphics and performance.

Cal Kestis, a former Padawan of the Jedi Order, survived Order 66 and went into hiding from the Galactic Empire. He did so by severing his connection to the Force, though the Imperial Inquisitors eventually found this out. Thus, the hero must return to the Jedi path to combat the threat that hangs over the galaxy.

Because of BTS, One of South Korea’s Lonely Beaches is Now...