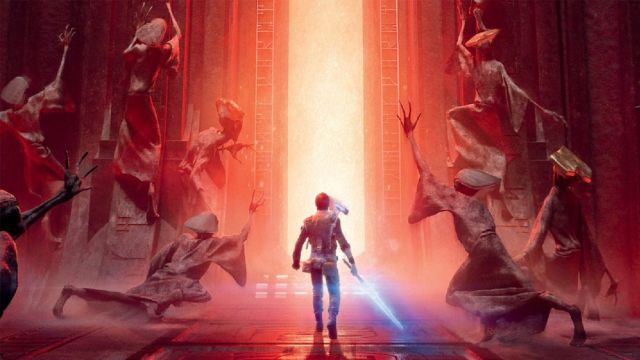 The game received an update with some improvements for the new generation, but it works through backward compatibility.

In January of this year, Electronic Arts and Respawn Entertainment unexpectedly released a free update for Star Wars Jedi: Fallen Order, a patch intended for next-generation consoles. Its objective? Take advantage of new hardware in order to improve the performance and resolution of the video game. However, the title still works through backward compatibility non-natively. At the moment, the study has not confirmed or denied that it is working on a new version, but the body that classifies games in Germany (USK) has registered the game on PS5, Xbox Series X and Xbox Series S.

The information, collected by Gematsu, reveals that the registration took place on March 2. There is no further indication that the title starring Cal Kestis is going to receive a fully optimized edition in the new generation. What is known is that Respawn Entertainment is already working on a new video game in the Star Wars saga. Andrew Wilson, CEO of EA, commented at a shareholders meeting that Fallen Order would be the first game in a new series. In addition, a job offer published by Respawn itself has again credited that they are immersed in the development of their next Star Wars game.

The force will always be with you

In Star Wars Jedi: Fallen Order we put ourselves in the shoes of Cal Kestis, a former Padawan who survived the purge of Order 66. After the death of his master, the former Jedi hides his powers and loses his connection With force. Yet when the Imperial Inquisitors arrive on the planet he is working on, the power he has within him manifests. He will soon meet his new allies, with whom he will face the tyrant Galactic Empire.

This action adventure is available on PS4, Xbox One and PC, but it is fully playable on PS5, Xbox Series X and Xbox Series S. Since its launch in 2019 it has become one of the great successes of Electronic Arts. The license, of course, is no longer managed by EA exclusively, although they will continue to publish more games in the series.

Subscribers to EA Play and Xbox Game Pass Ultimate can access the game at no additional cost.