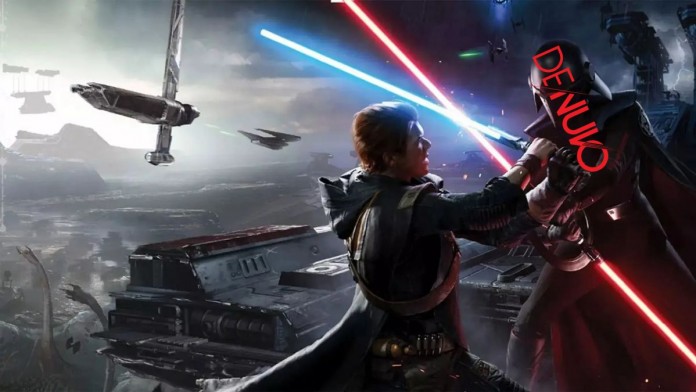 Star Wars Jedi: Fallen Order: The PC version of the game was still protected by this DRM, which often causes complaints about performance issues. The Galactic Empire hunted down almost all the Jedi and Electronic Arts has decided to kill Denuvo in Star Wars Jedi: Fallen Order, the action-adventure video game from Respawn Entertainment. This DRM system is one of the most controversial, as it has come to affect the performance of titles on PC. In fact, some products were temporarily inaccessible recently due to a technology issue.

In the specific case of Star Wars Jedi: Fallen Order, a sector of the community has blamed Denuvo for the shuttering problems (sudden drop in framerate), so it remains to be seen if the removal of DRM improves the performance of the work of the creators of Titanfall 2 and Apex Legends. EA, for its part, has not communicated the reasons for this decision, although many companies end up eliminating the software when a reasonable time passes.

Patrick Wren has been one of the people behind Halo multiplayer at 343 Industries, but also a former LucasArts developer. The creative recently announced his return to the Star Wars saga at the hands of Respawn Entertainment, a studio he has joined as a senior designer. Through a statement on social networks, Wren was excited about this new professional stage. “I am excited to return to Star Wars and to work with this incredible team.”

Star Wars Jedi: Fallen Order is available on PS4, PS5, Xbox One, Xbox Series X, Xbox Series S, PC, and Google Stadia. In the absence of an update, the game has received two free patches to optimize the product for the new generation of consoles. Meanwhile, Respawn Entertainment is working on a sequel, although it has not yet been officially uncovered. Will we ever play Cal Kestis again? Everything seems to indicate that he still awaits some other adventure.

James Caan, who starred in The Godfather and other classic films,...

Big Sky: Season 2 of The Series is Confirmed by ABC