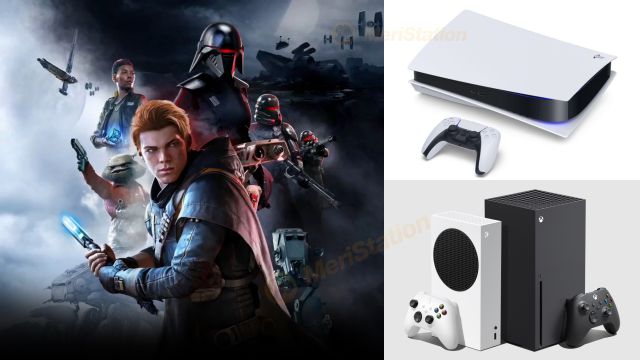 What can we generally expect? Compared to the versions of the last generation (including PS4 Pro and Xbox One X), Star Wars Jedi: Fallen Order will improve performance and the range reached by dynamic resolution, which will display a greater number of pixels on the screen. On the other hand, the resolution of the post-processing will be enhanced on Xbox Series X and PS5, while Xbox Series S will maintain the objective that it already had until now.

Star Wars Jedi: Fallen Order on PS5: what improvements does it have?

PS5 users will see that Star Wars Jedi: Fallen Order’s frame rate has been increased to maintain a stable 60 frames per second. As for post-processing, the resolution of these elements is increased up to 1440p, that is, up to 2K.

In the case of screen resolution, the dynamic solution seen in the last generation has been disabled. From 810p to 1080p it was going, the game will always render at 1200p. The version for the PlayStation family did not have display options, so it will only run with the objectives we have discussed. They also do not indicate any way to take advantage of the capabilities of the DualSense.

The version of Star Wars Jedi: Fallen Order on Xbox Series X has the same particularity as on Xbox One X. Players will be able to choose between two display modes, one that locks the frame rate and one that does not. In the case of performance mode, on Xbox Series X it will use dynamic resolution ranging from 1080p to 1440p, while prioritizing 60 fps.

What about Xbox Series S? The other model of the new generation of Microsoft will increase its performance up to 60 fps. We do not know if it will improve any graphic adjustments; these data have not transpired in the patch note.