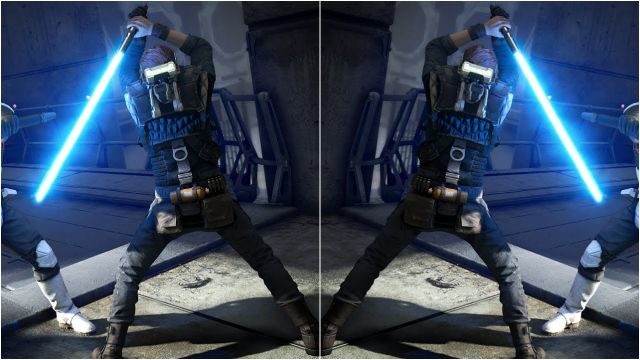 he Respawn Entertainment video game is optimized on the new generation of consoles with increased frame rates and resolution.

Star Wars Jedi: Fallen Order has been updated this Tuesday with an optimization patch for the new generation of consoles, both PS5 and Xbox Series X | S. The video game from Respawn Entertainment and Electronic Arts thus receives improvements beyond backward compatibility, which made possible the longed-for 60 FPS; But now it goes a step further and makes a notable difference between the consoles of the last generation and the new hardware. This video of The Bit Analyst between PS4 Pro and PS5 helps us to compare the result.

The update, free for any user of Star Wars Jedi: Fallen Order on Xbox or PlayStation consoles, improves the performance of the original game in terms of both frame rates and the application of dynamic resolution ranges to achieve higher resolution peaks; so much so that on Xbox Series X post-processing is increased to 4K (between 1512p and 2160p) in normal mode.

The video from The Bit Analyst summarizes the improvements in two main blocks: resolution and FPS rate. After the application of the patch (1.12), the game renders on PS5 at the maximum resolution that was already reached on PS4 Pro (1200p), with the exception that this time a fairly stable ceiling of 60 FPS is established.

The official patch notes, according to EA, indicate that on PlayStation 5 post-processing is increased to 1440p; In addition, dynamic resolution has been disabled to forget about a rendering between 810p and 1080p, which were the rates of the PS4 and PS4 Slim version in the previous generation.

Although they have not transpired in the video, the versions of Xbox Series X @ S consoles also have a frame rate of 60 FPS in all conditions, but it is in Xbox Series X where the dynamic resolution has a range of 1080p to 1440p, instead of 1080p.

Star Wars Jedi: Fallen Order is available for PS4, Xbox One, Xbox Series X | S, PS5, PC, and Google Stadia. The title has been a resounding success in sales with more than 10 million units sold worldwide.