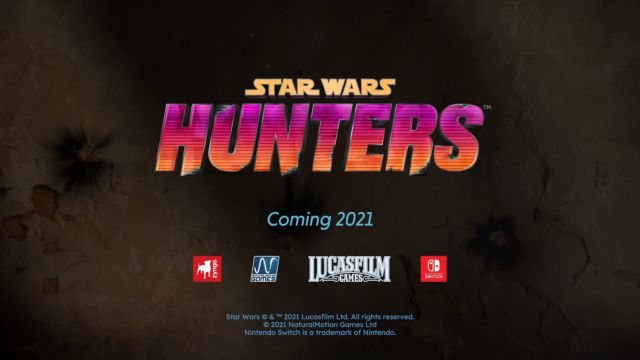 The game does not have a specific release date, but it can be enjoyed sometime in the year 201. The Nintendo Direct has offered news about the titles that will come out in the first months of 2021.

One of them is, that of course the event has not been missed. An event that has not been held since 2019, so the expectation had risen very high. So high that it reaches the far distant galaxy of Star Wars Hunters, a multiplayer game for Nintendo Switch set between Episodes VI and VII.

The game will be released under the free-to-play model, so it will be possible to download it completely free when it is available, sometime in 2021. It is a collaboration between Zingya, Naturmotion Games and Lucasfilm Games. It is unknown if it will see the light on more platforms, so we will have to be aware of future announcements.

Get ready for an all-new squad-based, free-to-play arena combat game when #StarWars: Hunters comes to #NintendoSwitch in 2021. #NintendoDirect pic.twitter.com/pSm6ysg57P

The Nintendo Switch catalog has been nurtured by titles that came out on Wii U, the most recent of them Super Mario 3D World + Bowser’s Fury. However, those from Kyoto also have other confirmed news in the chamber, especially from third party editors. Square Enix will publish Bravely Default 2 on February 26, while Capcom will do the same with Monster Hunter Rise just a month later. It will not be the only title in the saga that comes out exclusively for the Nintendo hybrid, since Monster Hunter Stories 2: Wings of Ruin is scheduled to arrive this summer.

The unknowns still surround other projects of Nintendo itself. Metroid Prime rebooted its release and returned to Retro Studios. Much has been made of the anniversary of The Legend of Zelda, but Samus’s adventure also turns 35. Will this be the year we finally get to know what’s new? Another title that has not updated information for a long time is Bayonetta 3, the title from PlatinumGames.

Windows 11 Gets Design Improvements In Office And More Programs

Facebook Explains How iOS 14.5. Will Affect Ads On the Social...