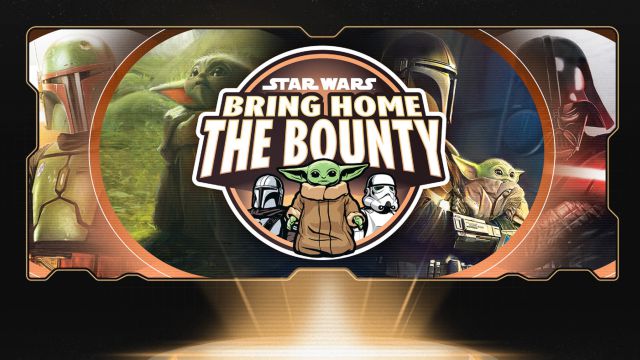 Star Wars: Disney and Lucasfilm target December 14 as the date to reveal some news about the galactic saga in video games. The exclusive agreement with Electronic Arts to develop Star Wars video games has ended. Other studios will design products based on the Lucasfilm series, although that does not mean that EA will not launch any other title in the future. In fact, Star Wars Jedi: Fallen Order will feature sequels. When will it be announced? At the moment it is unknown. What seems clearer is that Disney has anticipated the announcement of something related to video games.

The Bring Home the Bounty campaign has drawn up a roadmap for the presentation of new Star Wars products, with a first wave consisting of different figures, sneakers, sunglasses and more. “Disney and Lucasfilm have launched Bring Home the Bounty, a set of products, games and an editorial campaign that will uncover new toys, collectibles, books, etc.”

New products will be revealed every Tuesday until December 29, when The Book of Boba Fett, the new Disney + series, premieres. Products will span the Skywalker saga, The Mandalorian, La Remesa Mala, Visions and much more. And what do we know about the video game issue? Only that it will be December 14 when it is released.

There are no clues about the video game in question, so it is unknown if it will be a novelty, a product already announced or additional content for a title available on the market. On the horizon are Star Wars: Hunters, a free-to-play multiplayer game for Nintendo Switch and mobile devices, as well as the remake of KOTOR (PS5 and PC) and the highly anticipated Lego Star Wars: The Slywalker Saga. The latter has been delayed several times, but points to spring 2022.

In Star Wars Jedi: Fallen Order, Respawn Entertainment and Lucasfilm told a canonical story set just after the fall of the Jedi Order. These are the first years of Palpatine’s reign as emperor of the Galactic Empire, that is, between episodes III and IV of the movies.

The trail of the mirror monster in horror, explanation