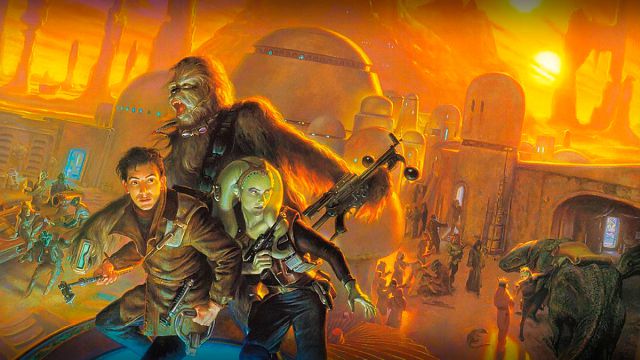 Star Wars Galaxies: The largest recreation of the Star Wars universe celebrates 10 years of its disappearance this month. We review its strengths, what failure and the decisions that were made in it. This year marks the 10th anniversary of the death of one of the most influential mmorpg in the genre. An online paradise for fans of Star Wars where thousands of users spent hours and hours fighting monsters, decorating their houses, traveling through space or getting the best equipment for their character.

Despite the fact that its servers closed still very young – they were only active for 8 years – and that its last six years sentenced the video game in the face of its most veteran players, the title continues to be an example to follow when developing an mmorpg quality and innovative. This is the story of Star Wars Galaxies, the mmorpg from Sony Online Entertainment.

In 1997 a company called Origin Systems launched a revolutionary video game called Ultima Online. The title was, neither more nor less, than an endless online adventure where you could share experiences with other players in a fantastic world full of diverse creatures. There players could play the role in which they felt most comfortable while the game directors carried out events or other hobbies for the inhabitants of Ultima Online.

Thanks to Ultima Online, which was an expanded extension of the Ultima universe created by Richard Garriott, the mmorpg genre gained special relevance around the world and more similar proposals were released, with EverQuest being the best known and a tough rival to the Origin video game. Systems. Much of Ultima Online’s success is due to Raph Koster, an exceptional video game designer who turns almost everything he touches into gold and a legend in the online gaming world according to the Game Developers Conference.

Raph, due to fate, ended up at Sony Online Entertainment (SOE), the subsidiary of Sony Computer Entertainment focused on online video games. SOE was in charge of EverQuest but they wanted to have the roost in this of the mmorpg genre so they decided to create a video game, in association with LucasArts, from Star Wars. Koster, with his experience in Ultima Online, ended up being his director, so having him as the leader, the company behind EverQuest and a world-class brand like Star Wars, nothing could go wrong. But it came out regular.