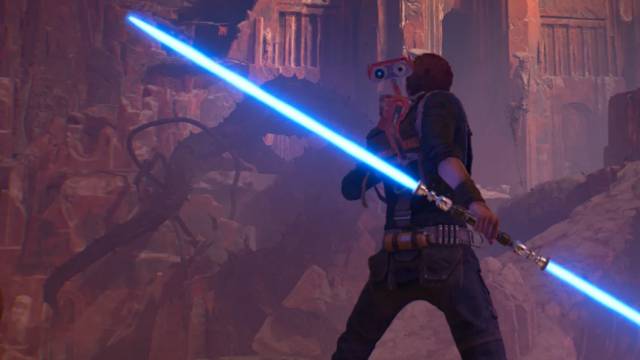 The company claims to have sold more than 52 million games based on the license; will continue to take advantage of the sagas already established.

Electronic Arts will continue to amortize the Star Wars license to publish more video games in the future. Andrew Wilson, CEO of the North American company, declared during the presentation of the financial results corresponding to the last quarter (Q3 / FY2021) his intention to explore the series already consolidated with new iterations.

Despite the recent agreement between Lucasfilm and Ubisoft, by which the rights to Star Wars to publish video games are transferred (the first is being developed by Massive Entertainment, authors of The Division), the relationship with EA has not been altered and the current contract It will expire in 2023; although it can be extended.

“In the context surrounding Star Wars, we are not going to announce anything today, but what I will say is that if you look at our history with Star Wars, we have had an extensive and very profitable relationship; first with LucasArts or Lucasfilm, and then with Lucasfilm as part of Disney ”, argues Wilson.

Last January, EA indicated when asked about the Lucasfilm and Ubisoft agreement that the relationship with them “will continue in the coming years.”

They will continue to explore the sagas already consolidated

“We have created a number of great sagas: Star Wars Knights of the Old Republic, Galaxy of Heroes, Battlefront, Jedi: Fallen Order, and most recently, Squadrons. That represents more than 3 billion dollars in net reserves to date and 52 million games sold, while Galaxy of Heroes is a license of one billion dollars ”, he points out, making clear the economic power of his productions; aside from possible stumbling blocks in specialized criticism.

Finally, the manager dispels any hint of doubt about the future of EA with Star Wars video games: “As we have established these very solid parts of the license, you must expect us to continue investing in them, as well as in new experiences in all platforms in the future ”.

Star Wars Jedi: Fallen Order, Star Wars Battlefront 2, and Star Wars Squadrons are the last three major productions released in the last three years. Regarding the first, developed by Respawn Entertainment, it has sold more than 10 million units throughout the planet.