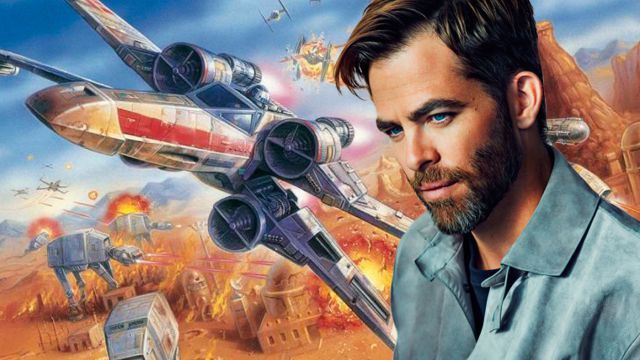 The Wonder Woman 1984 actor, despite not being confirmed in the new Star Wars installment, already knows the story from the hand of its director, Patty Jenkins.

Star Wars: Rogue Squadron, one of the next films of such a popular film saga scheduled for 2023 and directed by the filmmaker Patty Jenkins, director of Wonder Woman 1984, was one of the big announcements of the recent Disney investor event, where they were presented numerous projects from both Star Wars and Marvel Studios. Now, actor Chris Pine, has assured that he feels very excited after learning the story of this new galactic installment from the hand of the head of him, Patty Jenkins.

And it is that despite the fact that the project is still very green and that Patty Jenkins is still finishing outlining the approach of the film with respect to the saga (so much so, that there is still no start date for filming), actor Chris Pine already knows many details of the plot, an interpreter who despite not being confirmed for the film maintains a close relationship with the director after working together on the two individual Wonder Woman films; that is why Chris Pine already knows the basics of a script that he feels excited about.

“I have talked to her about it, not about my participation, but about her story. She told me about it, it sounds very, very good. I am ecstatic for her, excited for what she is about to embark on. If there is anyone who can reimagine and give it a new life, it is her “, Chris Pine assures the Collider media in a recent interview.

As we know, Star Wars: Rogue Squadron will present a completely original story about “a new generation of starfighter pilots as they earn their wings and risk their lives in an exciting high-speed journey that pushes the limits one step further” as assured by those responsible. Of course, Patty Jenkins herself recently assured that, despite not having a clear reference in movies, novels or video games, the film will be influenced by the celebrated saga of games of the same name.

They Steal Your iPhone And On Top Of That They Try...