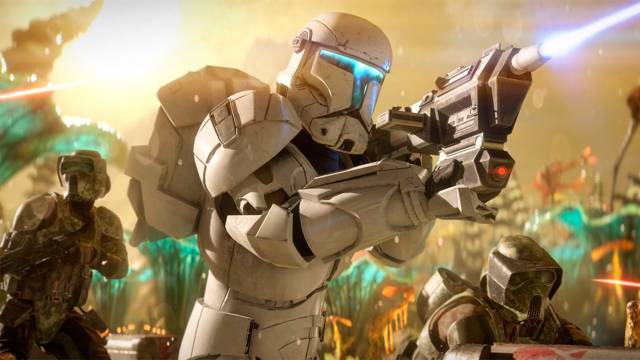 The game is being given away, totally free, for a limited time on the Epic Games store. Its multiplayer aspect experiences a second youth.

The Star Wars Battlefront II online servers have been experiencing saturation problems since this past Friday. The EA DICE video game published in 2017 is currently available for free on the Epic Games Store portal – all the details here – which, added to the recent fervor surrounding the universe, has led to unbearable stress levels for the title . EA’s support team is constantly working on restoring potential crashes.

“We continue to increase the capacity [of the servers] to allow more players to participate at the same time,” commented the EA Help account last Friday on the social network Twitter, as a result of the peak of downloads and installations of the title, Star Wars Battlefront II, in its PC version through the Epic Games Store. “We want to thank you all for your patience so far,” they added.

In the early hours of Saturday, January 16, EA Help reported through the same social network. However, as we see in the thread of that message, the concatenation of messages reporting connection problems such as “Failed attempt to connect with EA Servers” have been a constant. Other users like Der Sidon claim they have not been able to buy or improve some components of the multiplayer mode, such as the cards in the loot boxes.

Star Wars Battlefront II, one of the most complete games in the saga

The story of Star Wars Battlefront II is one of intense redemption. After its initial controversy, where both the lack of content and the progression system were criticized, the title was reversing the situation through policies in favor of the consumer. Free expansions and a multiplayer mode that has little to do with what the title was three years ago has resulted in a game considered excellent by many of the fans of the license. Apart from PC, it is available on Xbox One and PS4 consoles; both versions backward compatible with Xbox Series X | S and PS5.