Home Entertainment Star Wars Battlefront 2 Was Going To Get Ahsoka Back, But The... 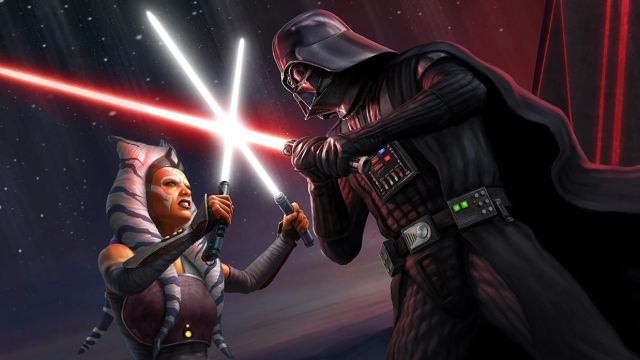 Star Wars Battlefront 2: EA DICE was also planning to introduce Asajj Ventress, Count Dooku’s apprentice, though she was also eventually left out. The post-launch roadmap for Star Wars Battlefront 2 is now complete, although EA DICE had plans to expand it further. Dennis Branvall, creative director of the video game, has participated in a conversation on Reddit where he has made public the existence of two contents that were not finally introduced in the video game. Ahsoka Tano and Asajj Ventress were going to be part of the final DLC, but they were left out in the end.

They have asked Brannvall if they ever considered adding Mustafar, an important planet in the Star Wars universe because it was where Darth Vader lost his battle against Obi-Wan Kenobi, which forced him to rely on his trademark black armor. It was also the place where he erected his personal palace, which can be seen in comics and in the movie Rogue One: A Star Wars Story. The creative has confessed that there were prototypes of both Mustafar and Ahsoka and Asajj, which were profiled for the DLC of The Clone Wars, released in April 2020.

For a long time, the presence of these characters had been rumored, like the arrival of Padmé Amidala or the appearance of Coruscant, the capital in both republican and imperial times. Be that as it may, for reasons that have not been discussed, none of this ever saw the light of day. Who knows, if there is ever a Star Wars Battlefront 3, maybe it’s time to control any of these heroines or villains.

Asajj Ventress is a character that appears mainly in the animated series The Clone Wars. She was an apprentice to Count Dooku, but after his betrayal he abandoned him and left her training as a Sith behind. Ahsoka Tano faced her on several occasions, although in the end, in the seventh season, they collaborated as her allies. Ahsoka’s story will continue in her own series, which will premiere after the third season of The Mandalorian.

Dead Space Remake is designed by former members of BioWare and...