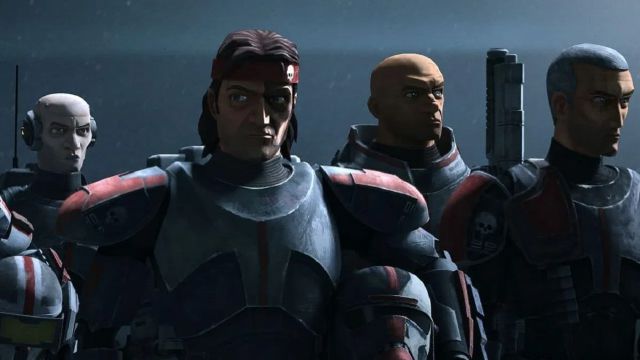 Star Wars: Bad Remittance, With two weeks to go before its premiere on Disney +, The Clone Wars spin-off demonstrates its animation quality in a short teaser.The Galactic Empire has risen, the Jedi Order has fallen. The former soldiers of the Republic, the clones, are trying to find their way into this new regime. Star Wars: Bad Remittance for Disney + takes place right after Revenge of the Sith, so the action is set in the early years of Palpatine’s authoritarian rule. The story of this new animated series will focus on a very peculiar squad, which once again shows its talents in this short teaser trailer that they have shared to celebrate the two weeks that remain until the premiere.

In Star Wars: La Remesa Mala (The Bad Batch in English), the main characters are the clones that we already saw in the first episodes of season 7 of The Clone Wars. They are flawed for the Empire, but each one of them is special in its own way. Hunter, Echo, Tech, Wrecker and Crosshair will fine-tune their skills to fight the forces that threaten them. It is already confirmed that the episode that will open the series will last 70 minutes.

Projects for the future

Lucasfilm and Disney + have prepared an ambitious roadmap that has at the center of everything their two most important labels, the superheroes of Marvel and Star Wars. In the coming years, the platform will receive multiple content that will expand these universes. In the case of the galactic saga, the third season of The Mandalorian is already underway, but there will also be several spin-offs like Ahsoka, Rangers of the New Republic or The Book of Boba Fett.

Filming for other live action series has already begun. This is the case of Star Wars: Andor, a prequel to Rogue One starring the character of Diego Luna, which gives the fiction its name. On the other hand, Obi-Wan Kenobi plans to start production this April.