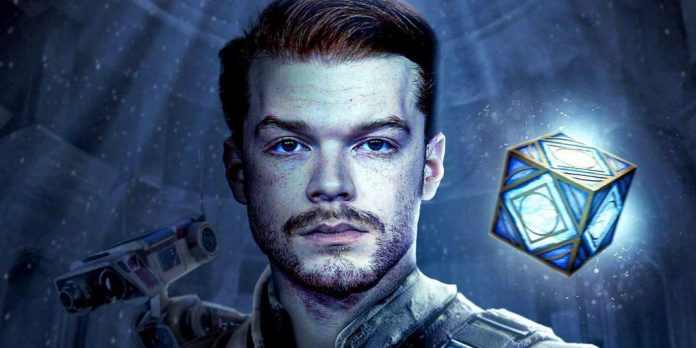 A new piece of Star Wars fan art depicts Cal Kestis from Cameron Monahan’s Jedi: Fallen Order, who will get his own series for Disney+. Fallen Order, released in 2019, is a single-player action game set in the Star Wars universe, developed by Respawn Entertainment and published by Electronic Arts. The game takes place five years after the events of Order 66. At the center of the game is the character of Cal Kestis, a former Jedi Padawan who survived the initial Jedi purge, and his performance with motion capture was recorded by Shameless and Monaghan from Gotham. A sequel to the game, Jedi: Survivor, is also in development.

Rumors about Cal Kestis from Monaghan, possibly making his way into the “Star Wars” universe, appeared almost immediately after the original game appeared on store shelves. They intensified earlier this year when a BD device similar to the Kestis BD-1 droid in the game made its live-action debut in Boba Fett’s Book. With the recent release of the Obi-Wan Kenobi series, which had many similar live-action elements from the game, including the appearance of Fortress Inquisitorius, calls for his transition from the game world to the live-action canon have only intensified. Unfounded rumors that Monaghan is launching her own streaming show on Disney+ have also recently spread through the fandom with the speed of a forest fire.

Related: Why the BD block “Boba Fett’s Book” may point to Cal Kestis in “Ahsoka”

Recently, fan artist Jason Benullo Design shared on Instagram his vision of what a teaser poster for the Cal Kestis series might look like. The fan poster depicts Monaghan in a Fallen Order costume, as well as a BD-1 droid and a Jedi holocron.

While Lucasfilm is clearly laying the groundwork for introducing elements from the Fallen Order game into the live-action canon, it remains to be seen whether Monaghan’s character will get the chance to appear in his own show. While fans of the game are well acquainted with the character and what he potentially has to offer to the wider Star Wars universe, there are also many more fans of movies and TV series who have not yet had the opportunity to meet Cal Kestis. Any attempt to create a show based on his character should attract a much wider audience than just fans of the game.

Perhaps one of the biggest risks when developing a series about Cal Kestis is the danger of re-passing an already familiar path. The time period between “Revenge of the Sith” and “New Hope” has been well covered in many films and TV series, including “Rogue One”, “Solo: Star Wars: Stories”, “Star Wars: Rebels”, “Bad Batch”, “Obi-Wan Kenobi” and the upcoming TV series Andora. Cal Kestis’ series is likely to fall into the same time frame and risks oversaturating the era in the “Star Wars” canon. As director Taika Waititi recently hinted, in order for “the Star Wars universe to expand, it must expand.” Despite this, fans of the game will probably still keep their fingers crossed in anticipation of new potential news about the Fallen Order series.