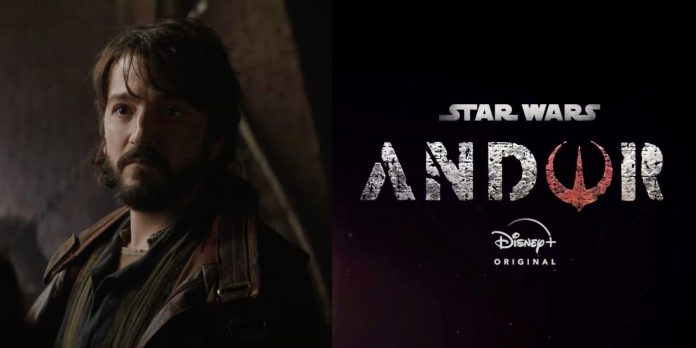 Disney and Lucasfilm have released a new clip from the upcoming Disney Plus original series “Star Wars: Andor”. In the short clip, actors Diego Luna and Stellan Skarsgard discuss stealing from the Empire.

In a new video posted on the official Star Wars Twitter account, Cassian Andor (Luna) talks to Luten Rael (Skarsgard) in some inconspicuous place. In the clip, Skarsgard’s character from Star Wars seems to be paying Cassian to steal from the empire, however, he is not convinced that Cassian is just some simple thief.

Rael offers Andor another thousand credits just to explain how he managed to steal such valuables from a well-guarded imperial base. Cassian explains that it’s easy, you just need to “act like you belong.” He explains that the empire has become so “fat and satisfied” that they can’t even imagine someone like him “getting into their house.” Andor will be the next big original Star Wars series from Disney Plus. The premiere of the first episode will take place next month, and to promote the series, Disney is re-releasing “Rogue One: Star Wars: Stories” in IMAX theaters on August 26.

The new series serves as a direct prequel to Rogue One, which featured Cassian and an early rebel alliance as they plotted to steal the Death Star’s plans. This film was the first Star Wars spin-off film made during the Disney era and was mostly well received by fans and critics. “Andor” will be the fifth Star Wars series from Disney Plus and the fourth live-action series. It is planned that there will be twelve episodes in the first season, and plans for the second season of Andor are already in development.

Judging by this short clip, it seems that Cassian is quite far from where he was in Rogue One. In the film, he is a well-established member of the rebel alliance, having worked for some time as a rebel intelligence officer. However, in this clip, he appears to be a smaller thief, like Robin Hood, stealing from the empire. Little is known about Skarsgard’s character, but judging by this clip and previous Andorean trailers, he seems to be a rich man with an important position in the Star Wars galaxy who is working to undermine the Empire. He can serve as a kind of mentor and/or mentor to Cassian when he is recruited into the rebellion.

The series also stars Genevieve O’Reilly, who reprises her role as future rebel leader Mon Mothma, Adria Archona as Bix Kalin, Denise Gough as Dedra Miro, Kyle Soller as Cyril and Fiona Shaw as Maarva. In addition, actor Forest Whitaker is also going to reprise his role as rebel leader So Guerrera, whom he first portrayed in Rogue One.

The premiere of “Star Wars: Andor” is scheduled for September 21, 2022 on Disney Plus.

All corporate ships that may appear in the 3rd season of...