Home Entertainment Star Wars: Andor | “The Scripts Are Very Good,” Anticipates One Of... 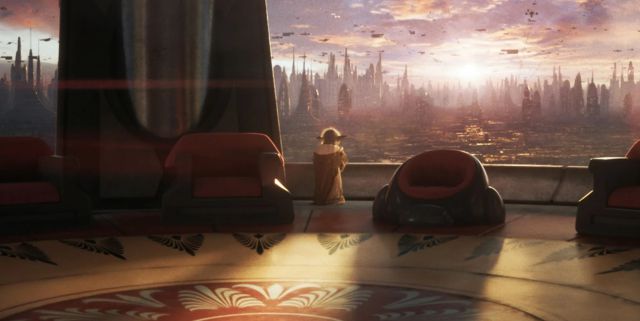 Star Wars: Filming has already been completed and the premiere is scheduled for 2022, although the exact date has not yet been revealed. Star Wars: Andor is one of the many series that Lucasfilm is developing, although it will be one of the first to arrive. The prequel to Rogue One: A Star Wars Story recovers Diego Luna as Cassian Andor, a rebel fighting against the evil Galactic Empire. In an interview with Screen Rant, actor Stellan Skarsgård spoke about various aspects of fiction and praised the quality of the scripts.

“The writing is really good, it’s the same screenwriter who wrote Rogue One,” he said. He has also highlighted the fact of working with Diego Luna, whom he has described as an “old friend”. Skarsgård has not revealed anything about his character, other than that it has been fun playing him because of “the different faces” that he shows during the adventure.

“Everything I did, I did for the Rebellion.” Andor, an Original Series set in the Star Wars universe, is streaming in 2022 on #DisneyPlus. pic.twitter.com/q2IT2qzEeR

Good words for the showrunner

It is not the first time that the interpreter praises the work of Tony Gilroy, who acts as showrunner in Star Wars: Andor, but he is also in charge of writing the scripts. At the time, Stellan Skarsgård said that he could say absolutely nothing: “As you know, they would shoot me if I revealed something. I have not been able to come up with a suitable script. It is printed on red paper so that I cannot make copies. ”

Star Wars: Andor is one of the series scheduled for 2022, although it does not yet have a specific date. After The Book of Boba Fett, which will premiere its first episode on December 29, Lucasfilm will premiere the second season of La Remesa Mala. Next year we will also see the long-awaited Star Wars: Kenobi on Disney +, as well as the third season of The Mandalorian, which is currently in the middle of filming.

Further, Ahsoka is next on the schedule, while The Acolyte will begin production in a few months, so there is Star Wars for a while.

Six Days in Fallujah: the keys to the controversy of the...

Darwin Nunez Is Back in The Liverpool Squad As The Reds...