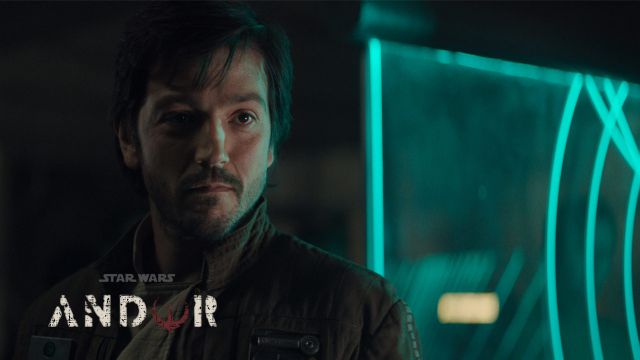 Star Wars: The new series for Disney +, which is scheduled for next year 2022, has already started filming the first season.Among news about the Obi-Wan Kenobi series, which has already confirmed its full cast, there are also other Star Wars products that are in the works. One of them is the Cassian Andor series, a character we met in Rogue One: A Star Wars Story and who now returns in a story that will function as a plot prequel to the film. Although Lucasfilm guards the details closely, an image of the set has been leaked.

It has been shared by a Twitter user after revealing that one of his friends was watching the material being recorded in London. Although he is not entirely convinced, the uniforms worn by the actors correspond to those of Krennic, the director of the Advanced Weapons Research division in the Galactic Empire. This character played by Ben Mendelsohn wears a white uniform, but differs from his subordinates by the majestic cape that he wears.

Cassian Andor, with Diego Luna as the protagonist

The Star Wars: Andor series will take up the story of Cassian Andor with the same actor from the film, that is, Diego Luna. This is a spy thriller that will explore the galaxy far, far away from a very different point of view, as the protagonists will undertake different missions to restore hope and destabilize an empire that has not yet shown its weaknesses. Facing the rebels, Palpatine’s forces outline a powerful weapon capable of destroying planets that had already begun to take shape during the Clone Wars.

This new fiction has a cast that includes actors such as Diego Luna, Adria Arjona, Stellan Skarsgard, Genevieve O’Reilly, Denise Gough, Kyle Soller and Fiona Shaw. We are facing one more product within an ambitious plan that contemplates expanding the Star Wars universe through new stories.