Home Entertainment Star Wars: Andor Reveals The Return of a Rogue One Character 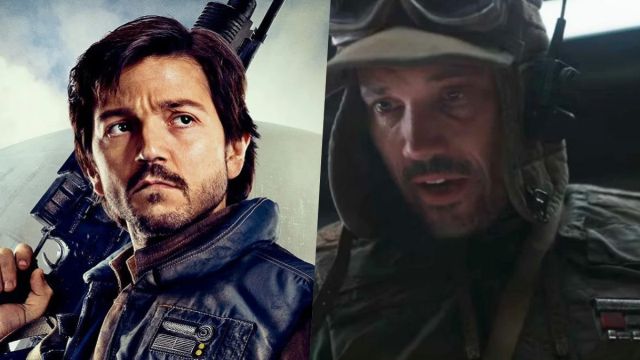 Star Wars: Leaked footage from the shoot shows Duncan Pow on set – he’s the actor who played Sergeant Ruescott Melshi.The series based on Star Wars continue their production in relative secrecy, but not all the details have been kept in the shadows. One of these fictions is Andor, the prequel to Rogue One that will have Diego Luna as the protagonist. However, the character of Cassian Andor will not be the only one to return, since leaked images of the filming have confirmed that Duncan Pow will also repeat role in the series. Sergeant Ruescott Melshi will be back, as the photos you can see below these lines show.

Star Wars: Andor will serve as the link between the events of the film and the series. Set during the period immediately prior to A New Hope, this product shows us how the Rebellion takes place, its lights and shadows. In the film, the group of Rebels embarked on a dangerous mission in order to obtain the plans for the Death Star, the ultimate weapon of the Galactic Empire.

The series has confirmed a first season, which will premiere sometime in the next year 2022. The series has officially confirmed part of the cast, which includes actors and actresses such as Diego Luna, Adria Arjona, Stellan Skarsgard, Genevieve O’Reilly, Denise Gough, Kyle Soller and Fiona Shaw. In previous leaks, the uniform of Krennic, one of the brains behind the Death Star, was also discovered. However, it is unknown whether or not the character will appear in fiction. At that time, Palpatine not only has Darth Vader as his right hand, but also characters such as Grand Admiral Thrawn or Moff Tarkin.

In addition to Star Wars: Andor, Lucasfilm is broadcasting La Remesa Mala, a new animated series that doubles as a spin-off of The Clone Wars. The Book of Boba Fett, the third season of The Mandalorian and Obi-Wan Kenobi are just some of the products that will be released in the future on the Disney + platform.