Home Entertainment Star Wars And The Fate Of Supreme Leader Snoke: What Does The... 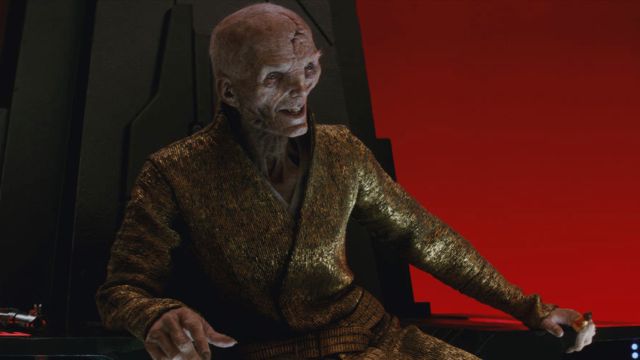 Star Wars: Andy Serkis was devastated when he read the script and found out what was going to happen to Snoke in Episode VIII. The Force Awakens introduced a new villain, a character who promised to be the next challenge for the heroes of the Rebellion. Star Wars Episode VIII: The Last Jedi changed the character’s course. Supreme Leader Snoke, played by Andy Serkis, was defeated by Rey Skywalker and Kylo Ren in the blink of an eye. What seemed to be ended up not being, but what is the opinion of the actor who gave it life?

“I felt devastated when I read the script because everything was great,” says Serkis in an interview with Gizmodo. “I thought, ‘Man, he’s a major villain, I’m going to love to play … how? Are you kidding what? ‘ He reflected then on whether it was a good idea or a bad idea, but now he assumes it was. “I was a bit mortified, but I think it was all correct. I loved playing the character and I liked the scene between Kylo Ren and Rey. It was great”.

Who is Snoke really?

This question was asked by many followers. At first, some theories concluded that he could be Darth Plagueis, the master of Emperor Palpatine. However, all those conjectures were discarded. The Sith who trained Darth Sidious was dead and stranded, unlike Palpatine himself, who returned for the closing of the trilogy. Snoke was but one of the emperor’s creations, a puppet, who was secretly concocting his plans to rule the galaxy again, in whatever way he was.

Snoke found his destiny in the throne room, a throne he will never claim for himself. At the time, Rey Skywalker’s origins had yet to be clarified, but they were closely tied to Palpatine’s plan to return from his retirement. At the moment, the new story lines have not been explored in any other products beyond the novels and comics. It remains to be seen if Lucasfilm delves into that historical period later, perhaps in a Disney + series.