Home Entertainment Star Wars Ahsoka: In What Way Can Anakin Appear In The Series? 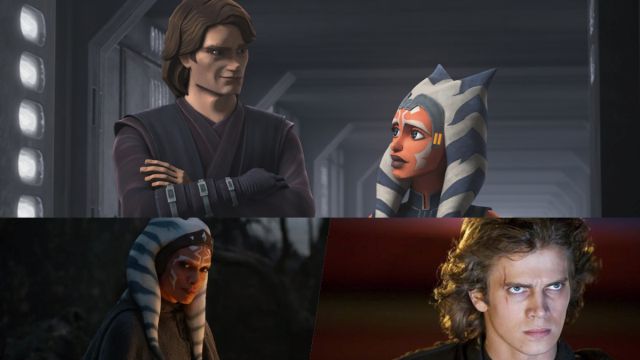 Star Wars: Hayden Christensen will reprise his role as the Jedi Master in the series starring his apprentice. Ahsoka Tano is one of the most beloved characters by the Star Wars fandom, a Jedi who first appeared in the animated series The Clone Wars, although we have also seen her in Rebels and other products. Rosario Dawson has been in charge of giving life to the flesh and blood version of her. Now, after The Mandalorian, she will star in her own series. According to The Hollywood Reporter, Hayden Christensen will once again take on the role of Anakin Skywalker, Ahsoka’s teacher, in the new fiction. But how will he be represented?

Officially nothing has been said about it yet, but we can analyze the time period in which the series takes place. In the era of The Mandalorian, which chronologically follows the events of Return of the Jedi, Darth Vader (Anakin Skywalker in the past) has already died. The Galactic Empire has fallen and the rebels have seized some power. Ahsoka’s character continues to live in that story line, as we saw in the corresponding episode of the second season.

The first option is for Anakin to appear as a Force Ghost, something that would not be ruled out considering that at the end of the classic trilogy he appears like this. It also makes sense for him to offer you some advice as a mentor. Also, the last time the two met was in Rebels, when Anakin was already Vader. It gives the impression that there is still a pending conversation.

Another possibility is that Anakin can be seen in flashbacks of the Clone Wars. At this time (the prequels) Ahsoka was still a young Padawan, so Rosario Dawson is unlikely to be able to embody the character during these sequences, unless technology works its magic for her. On the other hand, the Force also projects visions, so that’s another possible option to explore.

Star Wars: Ahsoka still does not have a release date, unlike other fictions such as The Book of Boba Fett, the first spin-off of The Mandalorian, which debuts on December 29. Later, in 2022, will come the third season of the Mandalorian, Andor, La Remesa Mala and Obi-Wan Kenobi. Christensen will also be present in this series, but will play Darth Vader.

Battlefield 2042: portal mode will not need more hard drive or...

Henry Cavill Interested In Playing Captain Britain In The MCU: “I...