Home Entertainment Star Wars: Ahsoka Confirms Who Her Villain Will Be 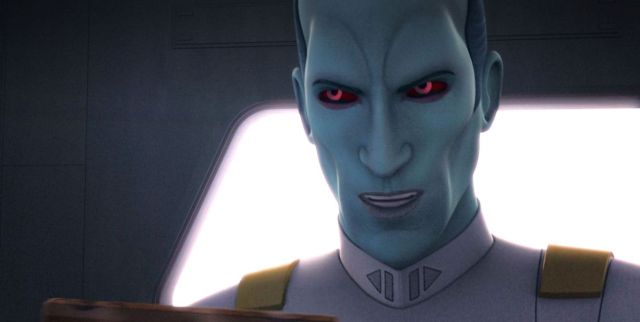 Star Wars: The Hollywood Reporter also reports the addition of actor Ray Stevenson to the cast of the series. April is the month Lucasfilm has set for the start of filming on Star Wars: Ahsoka, the second spin-off of The Mandalorian. Rosario Dawson will repeat as Anakin Skywalker’s Padawan, while Hayden Christensen will once again play the role of the Jedi who became Darth Vader. The villain of the series will be none other than Grand Admiral Thrawn, as published by The Hollywood Reporter.

The information from this means of communication coincides with the clues and with the description of the character that was leaked long ago. Not that it catches us by surprise: Ahsoka herself names Thrawn in episode 6 of the second season of The Mandalorian.

Ray Stevenson will not be Thrawn

The Hollywood Reporter publishes the exclusive that Ray Stevenson (Roma, Dexter) has joined the cast of the series to play a villain with the rank of admiral. They clarify, however, that he is not the one chosen to bring Thrawn to life in real action.

It is not the first role that Ray Stevenson plays in the Star Wars saga. From the hand of Dave Filoni he jumped into animation and took on the role of Gar Saxon in The Clone Wars and Rebels. At Marvel he has been Volstagg (Thor saga) and Blackbeard in the Starz series Black Sails.

Ahsoka’s synopsis has not been released, although the plot continues to build on stories that have been told in previous series.

Grand Admiral Thrawn has never appeared in the movies, but within canon he is one of the architects of the Galactic Empire, so he is placed in a similar place to Moff Tarkin and Darth Vader himself. He is renowned for his intelligence and his knack for strategy. He is physically striking due to the bluish hue of his skin and his red eyes, traits of the Chiss species.