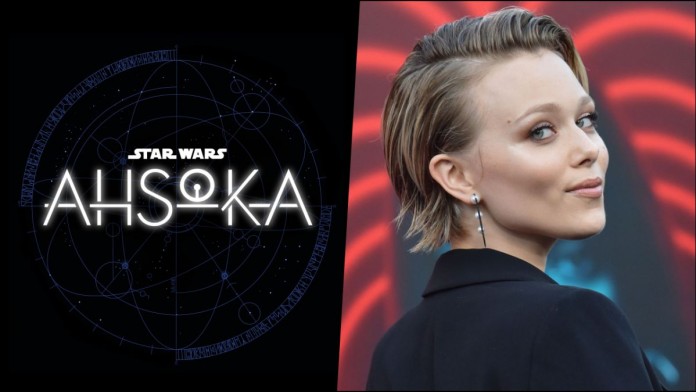 Star Wars: Ahsoka: The series continues to reveal details about its cast of actors and actresses. The filming of the series is scheduled to begin next March 2022. Ivanna Sakhno will be part of the cast of Star Wars: Ahsoka with an original character. The new Star Wars spin-off series based on the character of Ahsoka (which we saw in Episode 13 of Season 2 of The Mandalorian) continues to reveal new details about its cast; Although no details have emerged about the character that this 24-year-old Ukrainian actress will play, known for Pacific Rim: Uprising or Let it Snow.

According to Deadline, Ivanna Sakhno will have a prominent role in the Star Wars: Ahsoka series; she as well as Rosario Dawson (Ahsoka Tano), Hayden Christensen (Anakin Skywalker) and Natasha Liu Bordizzo (Sabine Wren). Being an original character, Sakhno will not assume the role of a character already known in the Star Wars universe.

Written by Dave Filoni, the series will feature Filoni himself, Jon Favreau and Kathleen Kennedy in executive production. It does not yet have an estimated release date; but we do know that it will be located between the events narrated between The Mandalorian and Star Wars: Rangers of the New Republic.

Present and future of Star Wars: what series await us?

Just a few days ago we learned that the Star Wars: Ahsoka series will premiere after Season 3 of The Mandalorian, so Dave Filoni’s team has a clear roadmap for the Star Wars universe on Disney +. According to the information, this expected production based on the character we met in Star Wars: The Clone Wars and Rebels will begin filming next March 2022.

Apart from the third season of The Mandalorian and Star Wars: Ahsoka, the production machinery also includes other great television projects derived from this universe, such as the Book of Boba Fett (December 29), the highly anticipated series by Obi-Wan Kenobi (2022), Star Wars: Andor (2022) and The Acolyte for later, a series set in the time of the High Republic.

Atari plans to launch new games for the PC and modern...

Netflix Announces How Many People Have Watched Squid Game So Far