Home Entertainment Star Wars: A Mandalorian Actress Didn’t Know She Was Shooting For The... 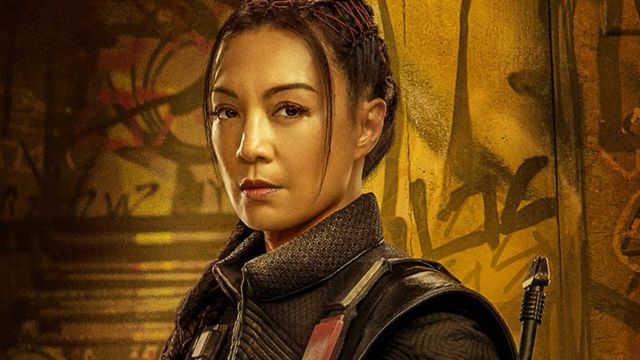 Star Wars: Actress Ming-Na Wen, who plays bounty hunter Fennec Shand in The Mandalorian, will appear in the new spin-off series alongside Boba Fett.The Mandalorian, the popular and successful Star Wars series exclusive to Disney +, closed its second season in style with several of the most promising cliffhangers; although one of the most interesting announcements was the confirmation of a new Star Wars product, in this case, a new spin-off series derived from The Mandalorian and starring Boba Fett with The Book of Boba Fett. Although the funny thing about the subject is that one of the protagonists of it, the actress Ming-Na Wen who plays the bounty hunter Fennec Shand, did not know that she was shooting the spin-off until well into production.

Thus, the actress herself has granted an interview to the DigitalSpy medium in which she acknowledged that she did not know she was shooting The Book of Boba Fett, since in production they referred to the series as season 2.5 of The Mandalorian: “They carry it all so secret, right? We do not call the series, the series. Contracts are always under different names. The series has different names ”, explains the actress.

“When they told me that she was going to be a regular, I automatically thought that she was going to be for the third season of The Mandalorian. Then the scripts came in and it said 301, 302, 303, 304 … So I thought that was it, because it doesn’t say The Mandalorian in my contracts. So for two weeks, while she was working with Tem and Robert [actor and director], I had no idea that she was filming the spin-off. When the cast and crew found out, they died laughing. She was crazy. So yeah, it was wonderful to find out that she was recording The Book of Boba Fett. They call it The Mandalorian 2.5 in a way. So she was not entirely wrong, ”concludes Ming-Na Wen.

In addition, the actress herself assures that the filming of the spin-off has already ended although she does not know if she will return for the third season of The Mandalorian, as we know, waiting to start filming. The Book of Boba Fett is scheduled to premiere on Disney + later this year 2021.

Steve Carell was not sold to minions after the first presentation...