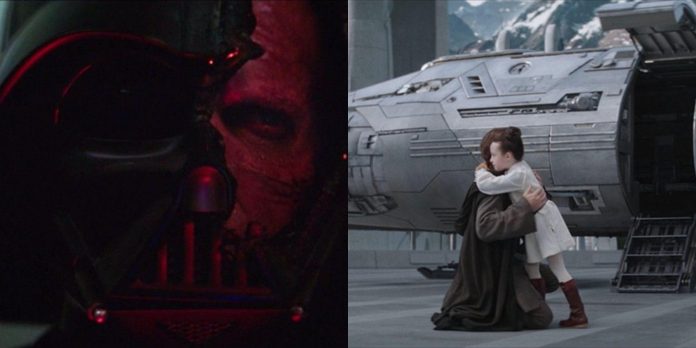 Though writer Stuart Bettie may tease about a story for a potential season 2, fans can agree that Obi-Wan Kenobi was clearly not perfect. But, it gave Star Wars much brilliance and so much to love, with one of its best elements being how it vastly improves a variety of moments and stories throughout the franchise.

In general, both the prequel and original trilogies are arguably made better by the show’s existence, but more specifically, certain quotes now hold much more meaning. Whether it be because they now make more sense or because there is a newfound emotional weight behind them, Obi-Wan Kenobi adds meaning to a lot of quotes throughout Star Wars.

The Hunt For The Apprentice

In one of the most underrated Vader moments in Star Wars, particularly Star Wars: Rebels, he decimates Phoenix Squadron and senses through the Force that Ahsoka is alive. He then tells this news to the Emperor, who says she could lead them to other surviving Jedi.

This is Vader’s response. As seen in the Obi-Wan Kenobi finale, the Emperor basically made Vader fall in line and forget his attachment to Kenobi. This line can now be taken in a new light. The coldness and monotone way that Vader says Kenobi’s name is indicative of how the Emperor’s questioning of Vader in the finale stuck with the Sith Lord and shows that he had, at least on the surface, let go of some of his emotional attachment.

Darth Was Likely Used As A First Name, At First

“Only A Master Of Evil, Darth.”

Back in A New Hope, Obi-Wan refers to Vader as Darth during their battle, and in the years since, this has made less sense given that Darth is not a name. Obi-Wan Kenobi sheds light on this.

In the Obi-Wan Kenobi finale, Obi-Wan finishes the duel against Darth Vader, saying “Goodbye, Darth.” –  one of many quotes with deeper meanings shared between the two. Obi-Wan doesn’t just let go of his old friend, realizing he has been destroyed by the figure in front of him but adds to his “Darth” quip in A New Hope. It now makes more sense and will bring back fans to this moment where it gets used as a sort of jab against the person who used to be his apprentice.

Neither Of Obi-Wan Or Ahsoka Could Save Him

“Then You Will Die.” & “Anakin Skywalker Was Weak. I Destroyed Him.”

The parallels between Obi-Wan’s face-off with Vader and Ahsoka’s fight with him in Rebels are striking, poetic, and heartbreaking, and each fight improves the other. These quotes are two examples of just that.

Not only are both quotes basically repeated by Vader in both fights, but they help show that Ahsoka and Obi-Wan could not have saved him alone. Despite being faced by two of the four people Anakin loved most in the Galaxy, he was truly gone, destroyed by Vader. This duel on Malachor, one of the best duels in Star Wars, now has more weight.

One of the hard lessons that Obi-Wan must learn in his titular series is that Anakin Skywalker was not killed or failed by Obi-Wan, but by himself, by Vader, and this really helps bridge the gap between Revenge of the Sith and A New Hope.

Despite Anakin’s atrocities as Vader, Obi-Wan still describes Luke’s father as a good friend. Thanks to Obi-Wan Kenobi, fans now understand that Obi-Wan remembers Anakin for his time as Anakin before Vader destroyed him. He learned not to hold on to the atrocities that Vader performed when thinking about his former apprentice, who, in his mind, was destroyed.

This quote comes during the iconic Battle of the Heroes on Mustafar and is one of many great or at least loved bits of dialogue from this duel. It is also one that holds much more meaning.

It showed fans how hard Obi-Wan took the fall of the Jedi and his failure as a Jedi Master. He becomes withdrawn, hopeless, and a mere shadow of his former self. That is part of his whole arc, realizing he did not fail Anakin, but rather Anakin was seduced by the dark side and destroyed by Vader.

“The Circle Is Now Complete. When I Left You I Was But The Learner, Now I Am The Master.”

The lightsaber battle between Vader and Kenobi hits differently after Obi-Wan Kenobi, and this line, specifically from Vader, has newfound meaning in a couple of ways.

First off, the words themselves now mean more. The meeting Vader is referring to was not that on Mustafar but in Obi-Wan Kenobi. In the show, Vader still has a lot to learn, struggling with things that Anakin couldn’t accomplish as a Padawan. On another level, though, the calmness, the lack of emotion that Vader displays in A New Hope juxtaposes the passion he exudes when hunting Kenobi in the series, showing new ‘maturity’ for lack of a better word, and a serious heeding of the Emperor’s words to him at the end of the series.

Leia Organa stole the show in Obi-Wan Kenobi time and time again. Her relationship with Obi-Wan is one of the best things to happen in the series, adding a lot to the Skywalker saga, such as Leia naming her son Ben, the iconic hologram message, and this line.

The excitement, the happiness, and the immediate jumping up and running out of her cell meant a reunion with the man she bonded with years ago – the same man who saved her life and taught her a lot in a short time.

For years fans have pointed out the strangeness in Leia remembering her mother as she describes to Luke in Return Of The Jedi, and while Force sensitivity was always a reasonably decent solution to this, Obi-Wan Kenobi makes it all the more understandable.

Not only does Obi-Wan partially describe Padmé to Leia – giving her a description worthy of the former Queen of Naboo – but he also relays to Leia his memories of a family, images like the ones Leia describes, of hands and a shawl. It is a beautiful, poignant scene in “Part III” and one that helps add meaning to parts of a film that debuted nearly forty years before it did.

The Truth From A Certain Point Of View

“He Betrayed And Murdered Your Father.”

With Obi-Wan’s journey in Obi-Wan Kenobi hinging on his acknowledgment that he did not fail Anakin, that Vader destroyed or, at least, buried Anakin, the show vastly added to the entire “from a certain point of view” debacle of the original trilogy.

When Obi-Wan first describes Anakin to Luke by saying that Vader murdered him, he is not lying; he is relaying to Luke the truth that Vader spoke to Anakin. Anakin survived on Mustafar but came out deep down glimmering with a modicum of light buried beneath inhuman amounts of hate and anger. Obi-Wan believed his friend to be dead and had to accept that fact in his series, leading to a vast improvement in how Obi-Wan speaks about Luke’s father in the original trilogy.

The Voluntary Removal Of His Helmet

“Just For Once, Let Me Look On You With My Own Eyes.”

For Luke, his son, and the person who showed him mercy and believed in the good of Anakin Skywalker, Anakin voluntarily removes his helmet, requesting such with this line. This is a moment that seems impossible to improve upon, but thanks to what goes down in Obi-Wan Kenobi, as well as in The Clone Wars and Rebels, that is exactly what happens.

The Secret second flashpoint of the Justice League has doomed humanity...