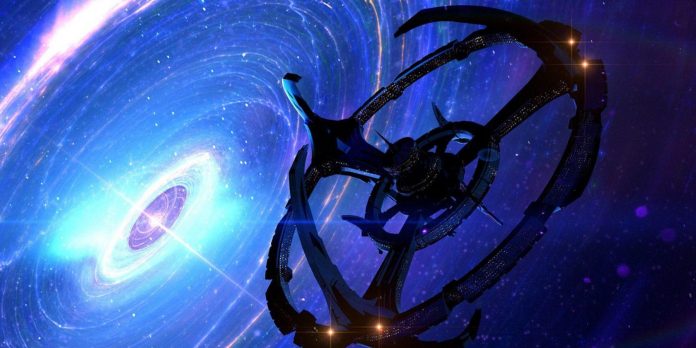 Over the years, the Star Trek franchise has introduced viewers to a huge number of powerful leaders, from the terrifying Borg queen to the main characters of TV series and movies. These Starfleet captains are often the best of what the Federation aspired to, the pinnacle of the utopian vision that Gene Roddenberry wanted for the show.

However, these characters were also imperfect, perhaps no more so than Captain Benjamin Sisko. This raises the question: why did Starfleet not only give him command of the Deep Space 9 station, but also assigned him to command the defense fleet during the war with the Dominion?

At the beginning of the show, the morally restless Sisko is portrayed as something like a loose cannon, someone whom Starfleet does not value too highly. The important thing is that when he was put in charge of DS9, it was before the wormhole to the gamma Quadrant opened. When he took command, the space station had no real significance or importance. Instead, it was an abandoned old Cardassian station in the middle of nowhere. Starfleet was effectively trying to sweep Cisco under the carpet by banishing him to the other side of the quadrant. However, when the wormhole opened, everything changed. Now the station was at the forefront of a new and unexplored quadrant of space and became one of the most tactically advantageous positions for the Federation.

If Starfleet had been dependent at this stage, with Cisco’s track record, they would most likely have replaced him. However, there was a small problem related to the fact that he became an emissary of the Bajorans. This position was imposed by Cisco, but meant that Starfleet’s hands were tied. Replacing it and removing it from the wormhole would cause massive upheaval in the established world in the area, putting the station and therefore access to the wormhole at great risk. Starfleet is obviously not too happy about this and sends security officers Michael Eddington and fan favorite Worf to keep an eye on him and report on the machinations that this man may commit.

However, things start to change when Sisko dives into his role and manages to carry the enormous weight that now rests on his shoulders. During the first few seasons, there is a strange feeling of political anxiety. The Federation is teetering on the dangerous edge between a war with several sides, primarily the Cardassians, and the looming threat from the Dominion. This culminates in the fourth season, when the Klingons are fed up and they try to invade the station to launch an attack on the Cardassians. Cisco masterfully copes with the situation, virtually eliminating the threat and single-handedly stopping the invasion. Sisko and his motley crew save the day several times, stop invasions from left to right and in the center, and constantly maintain peace between the various parties under their care. In the end, these actions led to Starfleet gaining a lot of respect for this man.

Looking at the DS9 timeline, it’s also important to remember that it was an anxious time for Starfleet, just 10 years after the disastrous events of Wolf-359. They lost many of their more experienced captains, wiped off the face of the earth by a single Borg cube, leaving far fewer officers with proper military experience. This, combined with a sense of complacency that spread throughout the Federation, left a gap where strong and capable wartime military leaders should have been. Now Sisko was proving that he could fill it.

Cisco remained in a unique position in which the audience had never really seen the captain. He had personal relationships with the Cardassians, Bajorans, Klingon Empire, Romulans, and even the Dominion, which gave him much more diplomatic authority than an official of the Federation. or a previously seen captain. When a war breaks out between individual parties, he has the basic knowledge and personal connection to know each leader involved and why they do it. This made him one of the officers with the best connections in the Federation, able not only to help, but also to understand the situation on a personal level.

The captain may have started out as a poorly perceived, non-compliant officer who seemed to be in Starfleet only because he didn’t know what else to do. But over the course of his series, that quickly changed. Thanks to one successful break with the wormhole and the Bajorans, Sisko slowly moved up the corporate ladder, establishing relationships with all the major players in the Star Trek franchise. He became one of the most influential and key captains in the entire Starfleet. No wonder Starfleet considered him capable of commanding defense during the Dominion War, recognizing him as the great captain he was, with all the flaws and everything else.

To avoid the anger of the fans? Abandoned will change its...