Home Entertainment Star Trek: Why did Voyager get rid of Kes? 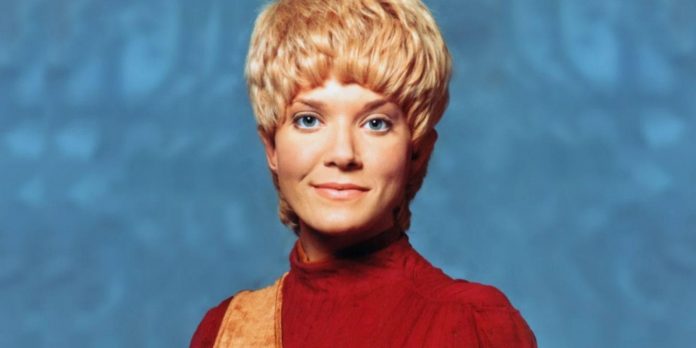 Since Star Trek first appeared on the small screen in the 1960s, there have been many new and exciting iterations in the franchise. Some of them were more successful than others. For example, the “Original Series” was praised by some, mostly by fans who watched it when it was released, but was also noted by others for rather wacky plots and some awkward moments, despite the fact that its purpose was variously innovative. “The Next Generation” is another one that had a large number of fans, while programs like Deep Space 9 often divide people, some really like them because of a tougher view of the Federation’s problems during the war, others can’t properly enjoy the story of inaction. focused on politics.

However, it is Voyager that unites many fans. Many people don’t like the program because of the boring narration, boring characters and mostly meaningless plot. The first few seasons were the most turbulent, and poor Kes was at the center of it all.

Kes was an Ocampa, a race of humanoid creatures that lived in the Delta quadrant, where the squad of the nefarious caretaker took the Voyager ship. The Ocampans are a race of short—lived creatures with a life expectancy of about eight or nine years. As a result of rapid aging, they develop very quickly, able to learn and process information at a high level in just the first 6 months. By the year they are considered adults. Ocampans are also considered natural telepaths, able to mentally communicate with their own race and the races of others. In the Star Trek universe, telepathy is something that all beings are capable of; some are not born naturally, while others are, like betazoids and Vulcans. It is also known that Ocampans use their ability to look into the future and have various telekinetic abilities.

Kes joins the ship of a potential war criminal Captain Catherine Janeway at the very beginning of the series and becomes a valuable member of the crew. She remains throughout the first season, right up to the episode “The Gift” in the second season. Throughout the story, she comes into more and more contact with her telepathic abilities, using them in different ways, until she began to radiate tremendous power. bursts, and her mental abilities began to overwhelm her. It was then that her telekinetic abilities began to manifest themselves more noticeably. She manages to use them to perform complex operations together with a holographic doctor, using only her mind.

It was great for a short time for this new omnipotent character, until she started to destabilize, falling apart on a subatomic level. She began to tear the ship apart, putting it in a state of constant combat readiness. To save the ship, Kes took a shuttle and flew away, wanting to explore her new abilities without harming anyone. It is persistently assumed that it went beyond the material world and became pure energy, similar to Q in many aspects, but the details remain unclear.

This is what happened in the universe with Kes, but it’s interesting to understand why it happened. The main crew during Voyager mostly remained the same, only adding random members to the rotation, such as the former Borg Seven out of Nine. Kes was the only one who left the team and, consequently, the show, and it all happened pretty quickly, in just four episodes of the second season. The biggest reason is that the character never gained popularity with the public, because it was considered poorly written and rather boring. Her character was interesting and offered a unique opportunity to look at a completely new way of life of a species that was aging so quickly. However, the fans didn’t like all this because of the combination of what they often call confusing plot points and a bad game.

The problem with Kes, however, was much bigger, her sluggish response was the perfect mirror to review the show. Voyager has never been a fan favorite, but in the beginning it was twofold. When it came to the second season, the writers knew they needed to shake things up a bit. It was a dreary, twisty journey, which in a way is perfect, because it sums up what the show was about: a 78-year-old hard way to get home.

Kes’ departure perfectly coincided with the addition of another, stunningly memorable Seven out of Nine (played by Geri Ryan), a character who has become as iconic as many other main characters of other series. The producers knew they needed Ryan in the series, and they also wanted to cut an existing character to make room for her. Obviously, Gerrett Wang, who played Ensign Harry Kim, was first on the list of people who had to leave, but they decided to keep him because they thought that replacing the only Asian character in the series with another white actor would not go too well.

Kes was one of those characters who started with the show, but couldn’t keep up with the speed and direction the show was supposed to move in.