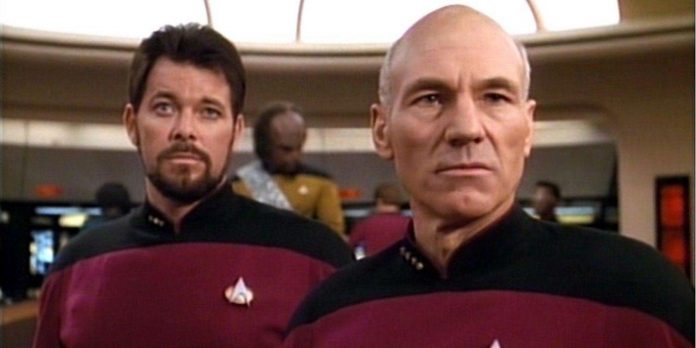 The Star Trek universe is filled with a huge number of friends and enemies of various captains who act as the main characters throughout the franchise. They tend to vary from series to series, switching between individual characters and entire races.

There were Klingons in the original series, but Kirk had the infamous Khan. Deep Space 9 had a Dominion, but a special enemy of the morally ambiguous Captain Benjamin Sisko was Doul Ducat, an annoying and slimy Cardassian who was a constant pain in the ass for the poor captain. What about Captain Picard from the “Next Generation”? The answer varies depending on who is asked, and this makes for an interesting exploration of what the TV shows were trying to offer and what the movies wanted.

When the aptly titled Nemesis came out, Paramount was desperate to recreate the good old days of Star Trek and felt the need to introduce an antagonist with the same level of Khan’s rivalry for Captain Picard. They introduced Shinzon, a Romulan clone of Picard himself, played by a very young Tom Hardy. The Romulans created him using dishonestly obtained DNA from the dear captain, in a convoluted plan to replace Picard with their clone agent. Things go awry, as they often do when Shinzon becomes the leader, but what Paramount was trying to do with his character was create the ultimate enemy for Picard.

However, many fans did not succeed. Shinzon felt like just another one-time villain who didn’t have a pre-established history with other movies or TV shows to hammer his deep connection with Picard. Khan, at least, was introduced in the original series before the film, so there was an understanding of his backstory and how he was personally connected to Kirk, even before the film began.

The sense of nemesis that Paramount was trying to create (or recreate) was largely overshadowed by the predecessors of various other, pre-existing nemesis characters in Picard’s life, and at the top of that list was none other than Borg. The Borg present an interesting dilemma of the Nemesis crown. While normally this title would be given to an individual, such as Khan, Gul Dukat, or even Shinzon, the Borg are by their very nature devoid of any sense of individuality. Instead of his nemesis being a representative of the Borg race, it was the Borg as a collective, a confusing concept that most likely led to the attempt to introduce Shinzon. However, it also prompted the creators of the show to introduce the Borg queen, which is still not particularly liked by many fans who believe that she destroyed what the Borg were supposed to be.

The Borg collective could be seen in the “Next Generation” as the sworn enemy of the Federation, not just Picard. However, there is an element of personal conflict when it comes to retaliation. The Federation fought against the Borg out of the need to survive and protect itself, but it was never personal, as it was with Picard, who was assimilated and transformed into Locutis Borg. Although he was eventually rescued, his assimilation was traumatic and resonated not only in the rest of the show, but also in the films and in Picard’s modern show. It even had an impact on Deep Space 9, becoming a key backstory for Sisko, whose wife was killed by the Borg under the command of Lokutis.

While Shinzon and the other villains from the franchise annoyed Picard, tortured him or hurt him, angered him or caused him various other responses, the Borg were the only ones who really got into the captain’s head (literally) and led to one of the rare times viewers see the normally stoic captain break down. The episode “Family” is considered one of the best TNG episodes for many reasons (despite the negative criticism from Roddenberry), and at the very top of this emotional moment Picard burst into tears. The quote below best describes his injury:

“You don’t know, Robert. You don’t know… They took everything I had. They used me to kill and destroy, and I couldn’t stop them. I should have been able to stop them. I tried… I tried so hard. But I didn’t have enough strength! I wasn’t good enough! I had to stop them, I had to…

This is not the only moment of emotional explosion associated with Borg, which Picard shows, another moment in the film “First Contact”, where he loses his temper and breaks a showcase. He literally shouts “NOOOO!” and then makes a passionate speech about how much he hates Borg. After that moment, Lily’s character even mentioned that Borg is Picard’s “White Whale”, referring to Moby-Dick’s obsessive hatred of the whale.

“They invade our space, and we retreat. They consume entire worlds, and we retreat. Not again! There should be a line drawn here! So far, no further! And I will make them pay for what they have done! “

What does uwu mean on Facebook, Whatsapp forums and comments?