Home Entertainment Star Trek: what happened between the 25th and 31st centuries? 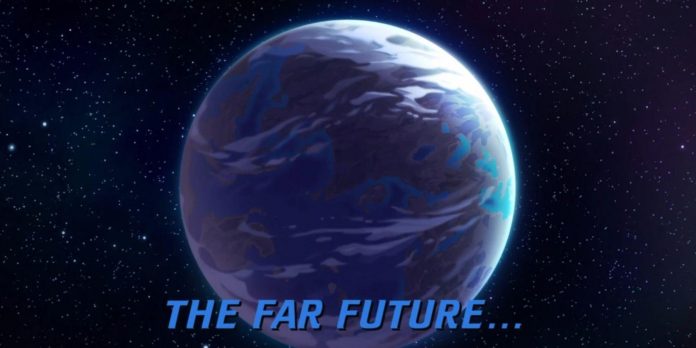 When Gene Roddenberry first created Star Trek in the late 1960s, he would have been shocked to see how far the universe reached, and how much of the fictional timeline was fleshed out over the year. Whether he would have liked the new iterations into the franchise is another matter, but he would surely have been impressed about how long his creation has been running, how many lives it has touched, and how it has even influenced modern day technology.

The timeline for Star Trek is both filled to the brink, and fairly sparse, depending on what century is being examined. The shows themselves flesh out most of the 23rd century with The Original Series and the all new Strange New Worlds, and the 24th century with The Next Generation, Voyager, and Deep Space 9. Discovery, meanwhile, jumps ahead to the 31st centuries. However, the 25th and 31st centuries are yet to be properly fleshed out — so what exactly happens between these timeframes?

The year 3186 onwards has been somewhat documented by Discovery, as well as approximately the 3200s in the Short Treks episode “Calypso,” leaving a massive time gap between this point and where Picard, the second furthest into the future show, finishes off. While Picard is set to return for a third season, joined by a plethora of the old The Next Generation cast, audiences are still being fed information about that century, and the current state of the Federation and Starfleet. What happened canonically after this is very sparse, but there are plenty of clues to be found within existing episodes.

There are various small things that have been noted to happen within this century. A certain bartender would have been released from a penal colony if he had sold a cloaking device in the year 2370 (he didn’t). It is also predicted by Q, the almighty and omniscient trickster pain in the backside, that humans would be inhabiting the delta quadrant. More interestingly, however, this is the century — specifically the year 2446 — that the crew of the USS Voyager are estimated to return home after their lengthy, unaided return to Earth. It’s lucky that they managed to find so many shortcuts along the way, despite its negative response from fans, otherwise the world they would be returning to would have been very different.

Other notable events for this century include the year 2468, in which Jadzia Dax, symbiont trill from Deep Space 9, predicts the peaceful death of beloved Miles O’Brien, surrounded by his family and friends. While just a prediction, this is a wonderful image to send off such a well-loved character.

Again, the information for this century is sparse, with most information ironically coming from the time travel story elements present within Enterprise. It’s during this century that the Federation flourishes, becoming a seriously powerful force, with the inclusion of the Klingons, Ithenites, and Xindi cultures. It’s also most notably the time when the Temporal Cold War was at its peak. To quote Captain Johnathon Archer:

The Temporal Cold War, to briefly summarize, was a conflict that was fought between various time-traveling entities, each of which coming from different points in time and space. Their conflicting goals were to manipulate and change history for their own benefit, changing the future for their own nefarious purposes. This was in direct violation of the Temporal Accords, a universal treaty signed in the year 2769 after the successful creation of time traveling technology, prohibiting its use for the changing of historic events.

The 27th century had very little of note happening, but the 28th and 29th are packed with various nuggets of information. Enterprise revealed that in the year 2769, the Federation are using time travel as a standard part of their operations, all in accordance with the temporal accord signed in this century. It’s also the time frame in which a probe launched from the USS Discovery way back in the 2250’s arrives, where it is upgraded and sent back to gather information.

Jumping forward to the 29th century, the Federation time-ships USS Relativity and Aeon are mainly operating, and interact with events seen in the 2370’s during Voyager. It was during Voyager that audiences first got a glimpse of these federation time travel ‘police,’ who correct misshapen events in the timeline. Most notably in the 29th century was when the Na’kuhl, a time traveling participant of the Temporal Cold War, opposed the Temporal Accord and traveled back for this century to the 1940s, where they created an alternative timeline involving Nazis and aliens working together.

As not much of note happens within the 30th century, all these events bring audiences back to the 31st century, when few known things happen. Starfleet academy closes for some unknown reason, and Daniels is born, a temporal operative who acts as a frequent character within Enterprise, visiting and helping the crew of the Enterprise NX-01 prevents various temporal incursions instigated by factions in the Temporal Cold War.

It’s interesting to note that while various events have been documented for these centuries, they often relate directly with time travel, and play a key part in events that are not happening specifically within the same century. With the exception of Discovery, this is mainly due to the show they are referencing this far off future in is set way back in the “current” century, relative to that specific show. Thus, most of the action either takes place there or is directly relevant to that time. With more and more Star Trek content being produced by Paramount, it’ll be exciting to see how these additions to the franchise could flesh out these centuries, or whether they will continue to avoid it, boldly not going where they have sometimes gone before.

The 10 Best Marvel Characters Who Debuted in the Avengers Comics