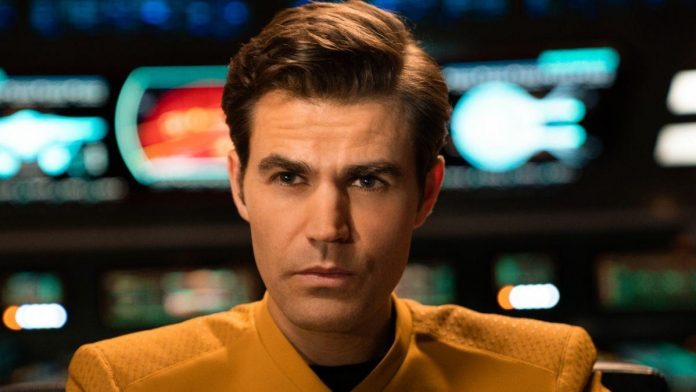 Warning! Below are spoilers for the finale of the first season of the series “Star Trek: Strange New Worlds” titled “The Quality of Mercy”. Read at your own risk!

“Star Trek: Strange New Worlds” recently concluded its first season, and, God, what an adventure it was. Paramount+ subscribers saw Captain Pike going through a “What If?” scenario in which he escaped a training accident and fought a Romulan ship alongside a familiar captain whom fans know well: James T. Kirk. Paul Wesley unexpectedly made his debut in the finale of the first season and even met Ethan Peck’s Spock. The exchange may not be exactly what the fans wanted, but Wesley shared some details with CinemaBlend about how they will develop in the second season.

Spock and Kirk are an iconic duo in Star Trek, but in Pike’s alternate reality, which he experienced, they never had the opportunity to forge this strong bond. However, in the finale they have a couple of interactions in common, and eventually they will create a strong bond in the real future beyond the “Strange New Worlds”. I asked Paul Wesley if he had discussed these scenes with actor Ethan Peck, and he shared that the two of them currently actually have a Spock/Kirk dynamic, plus a bit of information about the second season:

In my Episode 1 [with Spock], we used what was on the page. In the second season we will learn more about their dynamics. I can’t go into it too much. What I will say is that Ethan and I are real friends now. It’s so funny, and I’m not sure if it’s subconscious, but we actually have this Kirk/Spock dynamic in real life. It’s a lot of fun. We chat, hang out, have lunch, go for a drink. We correspond constantly. We have such a natural thing that we have developed with him. This greatly simplifies life on the screen, because we can just be ourselves.

It’s amazing to hear that the new actors Kirk and Spock are now friends. It’s also nice to hear that we’ll see more interaction between the two characters in the second season, given that this wasn’t given with Kirk’s current status in Strange New Worlds. As CinemaBlend learned earlier this season, Kirk will be an officer on “Farragut” in the second season. The season finale confirmed this once again, as Pike evaluated Kirk’s file as soon as he returned from the alternate reality shown to him in the time crystal.

This glimpse appears in the season 1 finale. When Kirk first appears on the screen and says, “Impressive, Mr. Spock,” he immediately realizes that this guy has a different mindset, which intrigues him very much. . So we get glimpses of it, but that’s not what this episode is about. And, after all, in the second season, it’s still Pike’s show. This is Pike, Spock and Uhura. This is before Kirk Enterprise. Whatever happens, Kirk is part of that timeline. It’s just not Kirk’s show, it’s just [laughs].

At the end, Paul Wesley joked that it might cause confusion, although Anson Mount assured CinemaBlend in so many words that Pike would not go anywhere. Strange New Worlds is a show before Kirk’s Enterprise, so maybe we shouldn’t start the second season right away wondering what Kirk is up to, but rather how he influences the story of the current bridge crew.

Filming of the 2nd season of “Star Trek: Strange New Worlds” has recently ended, and many actors claim that it is even better than the 1st season. This is a pretty high bar, given the praise of critics and fans, so it will be interesting to see. what new adventures are expected, and how the crew reacts to them.

Star Trek: Strange New Worlds Season 1 is fully available for streaming on Paramount+ (opens in a new tab). The wait for the next Star Trek series and many planned shows continues.