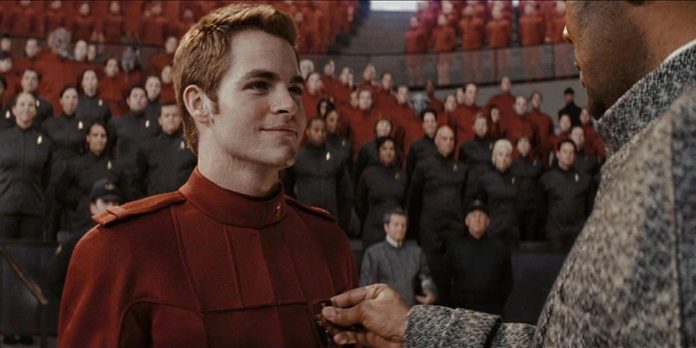 Over the years since Star Trek first hit the small screen, there has been a staggering amount of additions to the franchise. The adventures into space range from The Original Series, which kick-started the whole thing, to the latest addition Strange New Words, which despite being the most modern, feels very nostalgic for the 1960s classic.

Over these years audiences have been introduced to a wide range of characters: captains with troubled pasts, lieutenants with a criminal history, and let’s not forget the all important ensigns that keep the whole ship running smoothly. Of these “lower deckers,” there are a few that go above and beyond each and every time they appear on-screen, their heroic actions saving the day countless times, but a lot of them do not get the recognition they deserve. Of all these heroes, which deserve a promotion?

RELATED: Star Trek: Why TNG Improved So Much After Season 1

Sato was the communications officer and xenolinguist (alien language expert) in a time before the use of advanced translator technology. She was positioned on the historic Enterprise NX-01 under the command of Captain Jonathan Archer, as was a vital part of the crew from start to finish. During this time her character made leaps and bounds, starting off as a timid officer with little to no self-confidence during the first season of Enterprise, to actually taking command of the ship in the penultimate episode when Archer and Lieutenant Reed were absent.

Not only did she fill their shoes with great authority and skill, but over the course of the show she was a vital part of creating the linguacode, a translation matrix Starfleet used during first contact when the primitive universal translator was of no use. This was the base for all communications between unknown alien races from this point onwards. Without Sato’s genius, communications across the galaxy would be far less streamlined in the series that proceed Enterprise.

Despite this, through the 10 years she served aboard the Enterprise, Sato remained Ensign throughout, never once being promoted for her actions. It is revealed in the episode “In a Mirror, Darkly, Part II” that after the show she did end up retiring at the rank of Lieutenant commander, but while this recognition is great, it should have happened years before.

Lieutenant Commander Data – The Next Generation

Lieutenant Commander Data, the ever vigilant android, served as second officer to Captain Picard aboard the iconic Enterprise D in TNG. Data’s story is an interesting one, starting out as a Records Clerk aboard a backwater Starfleet station, until his potential was seen by the one and only Picard, who helped move his career on.

This left him with 19 years in Starfleet at the start of TNG, but no further progression since he arrived. This plays into a problem a lot of fans have with the TNG series, especially when they progressed onto the film: the majority of the bridge crew seemed stuck in time. There were hints and references here and there about them progressing through the ranks, but after the experiences they went through and the adventures they had, it would make sense that every single one of them would have been given a command, and fairly quickly. Fans felt like their talents were wasted aboard the Enterprise, with the Klingon history expert Worf basically pressing buttons to fire lasers, and Riker just relaying captain’s orders.

Ensign Kim’s lack of promotion has become somewhat legendary among fans, after he served aboard the USS Voyager in Voyager. What makes Kim’s denial of any career advancement in the seven years he served under the questionable leadership of Captain Janeway all the more unfair was that his nearest and dearest were seemingly getting promotions constantly.

While he may not have started out and the dearest friend of Kim, Tom Paris was the perfect example of how other crew members (who were far less professional and lacked Kim’s perfect service record) aboard Voyager were promoted. Paris started out literally in prison on Earth before being asked to pilot the ship to find the Marquis rebels. Even then, he was not officially Starfleet, his position being simply an observer. In fairly quick succession, however, Paris was promoted to Lieutenant, then demoted to Ensign, and then promoted once again to Lieutenant junior grade.

There are a few in-universe explanations for Kim’s lack of promotion, but they all present as fairly week justifications for keeping this talented Bridge Operations Manager stuck as an Ensign. Such reasons include there not being any positions available for him to fill, and that if they promoted him then they would have had to promote everyone aboard, leaving Janeway with an entire ship full of commanders after 7 years.

While each of these lower deck heroes were vital to the survival of their ships and crew, they never got the career pat on the back they deserved on screen. They all go off to progress in their own ways past the point audiences leave them, but as most of these series not only ran for years, but took place over multiple years, they are all past due the on-screen recognition. At the end of the day, Star Trek does make a fairly big deal about it not being the position or the job one is doing that is important, with a lack of monetary incentive, but that there is a high level of job satisfaction, and that people are doing what they want because they love it.