Home Entertainment Star Trek: How was the warp reached when dilithium was not found... 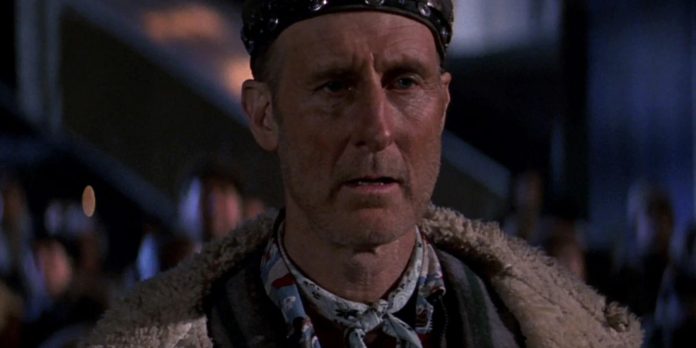 Over the last few years, Paramount has been creating more and more iterations into the Star Trek franchise, with recent additions such as Strange New Worlds and Picard but also the slightly longer-running Discovery, which started in 2017. The latter show has been met with various mixed reviews. Some have praised the show for taking a grittier stance on the franchise, while others criticize its lack of continuity and for breaking away from what original creator Gene Roddenberry wanted for the shows.

One such continuity issue is that according to Discovery, warp engines require the use of Dilithium crystals to work. But as these are not naturally found on Earth, how was Zefram Cochrane, creator of Earth’s first warp engine, able to make one way back in 2063?

RELATED: Star Trek: The Unexplored Pieces Of The Timeline

With the introduction of the event known as ‘The Burn’ into the Star Trek timeline, the show repeatedly pressed the necessity of Dilithium to make warp travel possible. ‘The Burn’ was a disastrous event that took place in the year 3069, where the majority of the universe’s supply of Dilithium became inert, resulting in the widespread destabilization of every active warp core. The destabilization caused the deaths of millions across the universe, and almost forced the Federation to collapse in on itself. While exploring the impacts of The Burn and its aftermath are interesting, the claim Discovery makes about Dilithium is what’s important here. It single-handedly brings into question how Cochrane was able to make a warp core without it.

The unfortunate answer to this question is that Discovery were simply hoping nobody would remember this, and that Dilithium is just one method of creating warp plasma. At its heart, Discovery is using the lack of Dilithium as a plot point to drive the narrative, even if it breaks continuity. Dilithium itself is just a catalyst for the warp drive, a previously non-reactive material that helps combine the actually necessary components for warp travel: deuterium (matter) and anti deuterium (antimatter). The Dilithium crystal simply helps create a homogeneous mix to more optimum power output. Theoretically, though, this can happen with any other non-reactive material, albeit less effectively.

Adding insult to injury to the claims Discovery make, not only did Cochrane not use Dilithium, but a fair amount of space faring explorers don’t use it either. The Romulans for example, at least in the 24th century, were using contained quantum singularities to create warp energy, effectively harnessing a manufactured black hole to travel. While it can be argued their method was less effective than the Federation’s Dilithium-powered warp engines, they were regardless on par with Starfleet and the federation in terms of capabilities. The Federation could have easily adapted the Romulan technology to replace Dilithium, but Discovery shows a broken Federation that is desperately hunting Dilithium instead of searching for alternatives.

The Next Generation episode “Peak Performance” also showed audiences how a warp drive could be created without Dilithium. In the episode, the USS Hathaway is unable to travel, as they are out of Dilithium. Conveniently, the wonderful Wesley Crusher has been toiling over a way to use controlled high-energy plasma to create warp plasma. There is no mention of the use of Dilithium, and despite it being a highly experimental and currently dangerous method, it worked.

Another thing to note is that not only are there plenty of alternatives to Dilithium, but the franchise has also established ways to either restore inert Dilithium crystals, or manufacture them from scratch. In The Voyage Home, the fourth film in the Kirk series, Kirk and his crew are on the hunt for whales in the year 1986 (the film is a little wacky). During this time, they discover that their supply of Dilithium crystals are quickly becoming inert and breaking down. They (with fairly relative ease) recrystallize them by using high energy protons found within the nuclear reactor of a nearby aircraft carrier, which just so happened to be the USS Enterprise CVN-65. They gather the energy protons and Lieutenant Uhura uses these to repair the Dilithium. The movie showed that not only are these crystals repairable, but if such a repair is possible there would be very little need to ever mine more Dilithium, except for when building new spaceships or on the rare occasion the crystals were damaged beyond repair.

Discovery has brought a lot of interest back to the franchise, but when it comes to continuity, it is sending rippling waves of annoyance through the fan base. The whole storyline of the Burn revolved around a statement that doesn’t hold up within the canon. Zefram Cochrane was perfectly able to create humanity’s very first warp drive without it, using some form of unknown alternative found on Earth, and initiating first contact. Ignoring Discovery and looking through the science of the other shows and movies, it’s clear that as long as one is able to create enough high energy plasma, one can create warp, and boldly go where no one has gone before.

The Criminal Book Club Calls For Terror With Its New Teaser...