Home Entertainment Star Trek: How do ships avoid collisions while traveling in the warp? 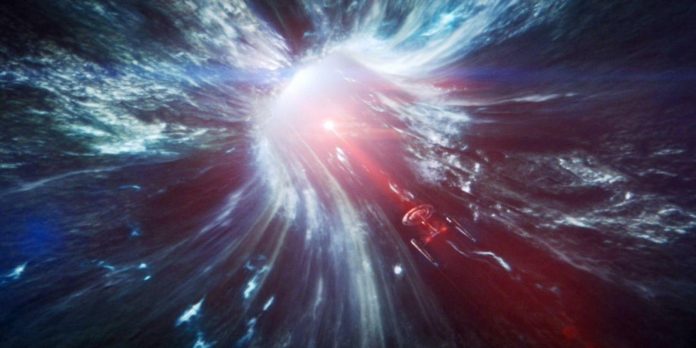 When Gene Roddenberry first proposed his revolutionary idea of “Star Trek: The Original Series,” it’s unlikely he could ever have imagined how influential the show would become, to the extent that modern technology was influenced by the fictional science presented in the series. As a result of the expansion of the universe, the literal inner universe continues to increase with the appearance of new alien races and worlds. To cross this large and vast space, the writers needed to figure out a way to get from point A to point B as quickly as possible, and therefore the warp engine was invented. However, the question arises: how, when moving at such speeds, do they avoid collisions with things in their path?

To study this, it is important to get at least a vague idea of how the warp works. (This becomes even more vague if we take into account the continuity errors shown in Discovery.) The warp drive aboard many ships in the franchise works by creating a warp field that allows the ship to move at speeds exceeding the speed of light. This is a very simple explanation of a huge amount of fictional science about how they work. Many people turn to magical science to explain how ships avoid other ships, planets, stars and other random space debris, hinting at how the warp drive allows the ship to move in non-physical space.

This is a perfectly reasonable explanation, since the reality of the warp is far from modern theories and science. It only makes sense that in order to move faster than it is considered possible (much, much faster than light), the ship moves into some other layer, space or reality, capable of bypassing physical obstacles that interfere.

Another argument, however, is that ships moving in the warp do exist on the physical plane. Although none of the arguments are fully supported in the franchise, the latter option seems much more likely if more realistic logic is followed. It is assumed that the reason that the ships do not collide with other objects is that space is ridiculously large. After all, the universe contains a lot of nothing. Douglas Adams summed up this scale best in The Hitchhiker’s Guide to the Galaxy:

“Space is big. You just won’t believe how huge, huge, staggeringly large it is. I mean, you might think it’s a long way to the pharmacy, but that’s nothing compared to space.

Because of such a huge scale, it would be statistically much more difficult to hit something in space than to avoid it. Mathematics supports this too. It is estimated that the distance between the stars in the galaxy is about 4-5 light years. With this in mind, some very smart people have come to the conclusion that if a ship is moving in the warp at an average speed of 100 light-years per day, the probability of a ship colliding with a star is less than 1 in a hundred trillion. This means that even if approximately 10,000 other Federation starships do the same, a collision will only occur once every hundred million years.

This math only takes into account the reality of the known stars in the galaxy, but it’s safe to imagine that the statistics will still be staggeringly in favor of starships to avoid planets (which, on average, are only a tiny fraction of the size of a star) and other space debris. The irony here is that it is much more likely that the ship will not be able to find its destination than to accidentally collide with something.

Despite the fact that the chances of blindly (and boldly) traveling in the warp without fear of hitting anything are very high, there are indeed many tools in the arsenal of the Federation that guarantee that this will never happen. Instead of choosing a destination on your intergalactic map and pressing forward, the ships in Star Trek always have a navigator plotting a course in space, as well as an incredibly advanced computer to stop these 1 in a hundred trillion collisions. from what is happening. The navigator can plot a course avoiding particularly turbulent areas of space or large clusters of asteroids or space stations. Most of this will be done by the computer automatically, making small adjustments during the warp to circumvent any new dangers that their long-range sensors can detect.

The sensors themselves are also worth noting here, since Starfleet spaceships often traverse space that has not yet been explored (especially in the Voyager series with mixed reviews). Thus, a reliable and detailed map of any potential obstacle will not be compiled. Thus, navigation sensors are vital, they are powerful enough not only to scan a large area of space when the ship is stationary, but also to actively update the intergalactic map of the ship while in the warp. These sensors automatically avoid any new trifle or warn the navigator about any big obstacles or intrigues on the way.

Suga BTS will release a remix version of the song ‘My...