Filming for season 4 of Star Trek: Discovery ended last Tuesday (24th). The news was shared by Doug Jones, an actor who plays Commander Saru on the Paramount+ series — whose new arc is slated to hit streaming later this year.

The story promises to bring unprecedented challenges for the ship’s crew, which will now have Michael Burnham (Sonequa Martin-Green) as captain. The synopsis highlights facing a threat unlike any they’ve encountered before — after a gravitational anomaly endangers both worlds that follow the Federation and places that aren’t connected to the system.

In addition to Burnham and Saru, Season 4 will feature the return of characters Paul Stamets (Anthony Rapp) and Sylvia Tilly (Mary Wiseman). In addition, the cast will consist of the previous year’s newcomers such as David Ajala (as Cleveland “Book” Booker), Ian Alexander (Gray Tal) and Blu del Barrio (Adira Tal).

Star Trek: Discovery is set 10 years before the events featured in the classic 1960s series that featured Spock and Kirk in the adventures of the USS Enterprise. The attraction is another success of the franchise, whose expanded universe on display includes Star Trek: Picard and Star Trek: Lower Decks.

In addition, Star Trek: Prodigy is set to debut later this year, while the original Star Trek: Strange New Worlds is due to arrive in 2022 — all on Paramount+. 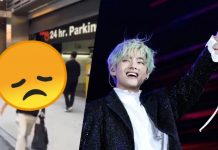 Fox Renews 3 Series Loved by Fans; Find Out What They...