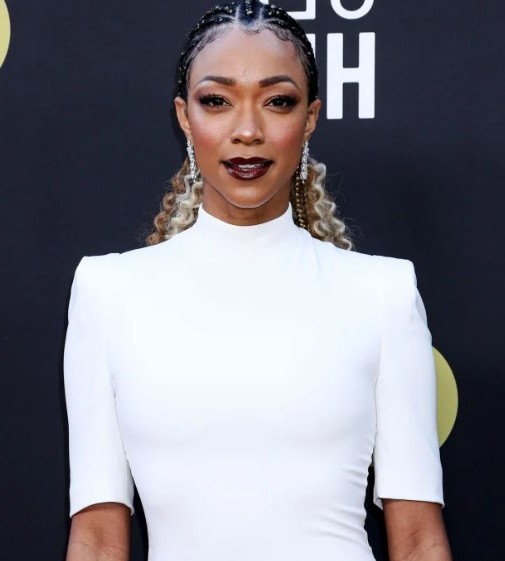 Feel free to go where no one has gone before! Sonequa Martin-Green is perhaps best known for her starring role in Star Trek: Discovery and as Sasha Williams in The Walking Dead, but there’s a lot more to the actress than fans can understand from her on-screen characters.

The 37-year-old Alabama native began her career in the 2000s, receiving recurring roles in the TV series “Army Wives” and “The Good Wife” in 2009. Until 2011, she played Courtney Wells in the CBS drama, after which she got her first major role as a zombie. survivor on TWD in 2012.

The actress, who has played Michael Burnham in the Discovery series since 2020, won recurring roles in Once Upon a Time in a Fairy Tale and New Girl before succeeding in the newest Star Trek series.

Martin-Green contacted us in April and told us about 25 things that even her biggest fans might not have known about, including her fascination with the celebrity of the 90s and which star she was admittedly “worried about.”

Scroll down to find out more exclusive facts about the TV star:

2. The best food I cook is every breakfast. I can really quit at breakfast.

3. Now my favorite book is “Meditations of the Heart” by Howard Thurman.

4. I love when my children give me a gift because they were driven by the desire to please me, and then took the time to make it happen. It’s just the cutest thing!

5. Sometimes it’s hard to get my kids to eat healthy food, I won’t lie.

6. I have a dream to establish a foundation for at-risk youth.

7. Ginuwine was my star love in childhood!

9. Most of all I like to play with children in Lego. We have quite unusual fun with them.

10. I try to entertain my son Kenrick when brushing his teeth. He is 7 years old, and he still has no caries, and we want to keep it that way. We use Crest Kids Enamel + Cavity Protection toothpaste.

11. On my birthday this year, I threw a Bob Ross drawing party. What a good time. Game night too — I always have to add one of them!

12. My favorite games that you can play with your family are “You’d Better” and “Rocket League”.

14. I will never turn down the opportunity to watch “Death to her face.” One of my favorites ever!

15. Of the places where I was on vacation, I liked Paris and Israel the most.

16. I always get excited when I meet someone whose work I admire. The last time it was Stacey Abrams, when she joined us in “Star Trek: Discovery” in the Season 4 finale.

17. On Sunday, you could find me at church in the morning, in person or virtually. Then the rest of the day is devoted to family recreation.

18. My favorite things in the wardrobe are oversize blazers. I love them.

19. My first major purchase was a pair of black suede Louboutin shoes.

20. Most of all, when working on Star Trek, I like to create something impressive with amazing people.

21. I always take a canvas with my name on it from my chair as a memento of everything I’ve ever shot.

22. One day I forgot my line during a callback. I had to ask the reader for a line. I still think about it and cry!

23. I am a sketch-portrait artist, but recently I was shocked to find out that I am also a good artist!

24. My favorite stage show in which I performed was “Bring Clay, Create a Man by Willpower” at the McCarter Theater in Princeton, New Jersey. It was here that my husband Kenrick Green and I met, so it was a life-changing experience.

25. I love so many black-owned businesses, but I recently discovered a company called Sweet Cookie Wash. It offers completely natural solutions for feminine hygiene.

Guest star of the first new episode of 2021