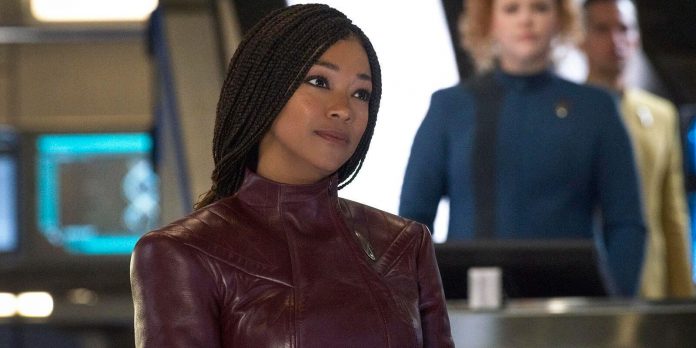 Actor Sonequa Martin-Green talks about the status of discussions about the future of Star Trek: Discovery, including the final finale of the show. Martin-Green plays Michael Burnham, who leads the USS Discovery through space and time. The action of the series “Star Trek: Discovery”, which takes place in the 23rd century, is the seventh addition to the ever-growing franchise “Star Trek” after the crew almost ten years before the events of the original series.

After the debut of Discovery in 2017, several other new Star Trek series began to appear, such as Lower Decks and Strange New Worlds. While the latest series often feature a completely new cast, some of them have invited back familiar names from Star Trek, and in shows such as Picard and Prodigy, Patrick Stewart’s Captain Picard and Kate Mulgrew’s Captain Janeway return, respectively. The company has not finished expanding the Star Trek universe yet, as at least two new confirmed shows are planned for the foreseeable future, which made many fans wonder how much more Discovery is left in the tank.

As work begins on season 5 of Star Trek: Discovery, fans may assume the show has a finale. However, during an interview with Radio Times, Martin-Green said that there is currently no talk about how Discovery should end. The actress also reports that she participates in discussions of upcoming storylines not only of the future of her character, but also of the series as a whole. Read Martin-Green’s quote below (via ComicBook.com ):

Well, fortunately, the show is definitely moving forward. There was no talk of an endgame yet. We talk a lot about what else we want to see, or at least they share with me the ideas they have. I’m talking about things I’d like to see, not just with Burnham, but with others, and with history in general. There is foresight, absolutely, and there is the application of foresight, absolutely. But, fortunately, we don’t have any talk about the endgame yet.

Despite the fact that “Star Trek: Discovery” was generally successful, it was difficult for the series to find its place in this long-standing franchise. The show is different from other offshoots of the “Star Trek” universe, which the Martin-Green star has always liked, but, unfortunately, some “Star Trek” fans felt that it was too far from the original series. Despite this, Discovery has managed to find its group of loyal supporters who treat it with the same enthusiasm as any other game in the franchise.

At the moment, the series “Star Trek: Discovery” has released four seasons, and the fifth season is due to be released next year. While the show sparked a revival of the Star Trek television series, and co-showrunner Alex Kurtzman was tasked with expanding the CBS Star Trek universe, the presence of so many other titles in the works raises questions about how long it can last. At the same time, Martin-Green’s positive comments about the future of “Star Trek: Discovery” portend good, and it seems that fans can expect the series to last at least until season 6.