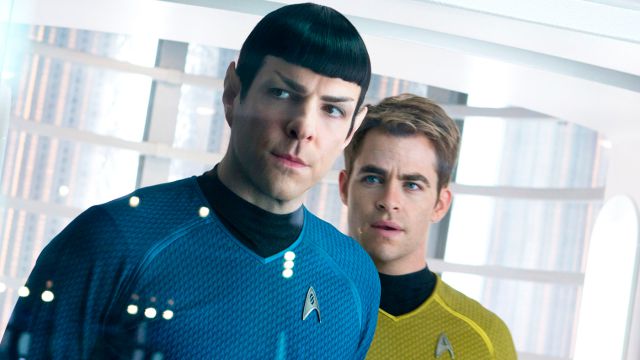 Star Trek 4: JJ Abrams and Paramount announce the production of the fourth part of the famous intergalactic saga with the cast of its current universe; in theaters in 2023. After a fourth part of the new Star Trek saga by J.J. Abrams who seemed never to arrive, finally J.J. Abrams as a producer together with Paramount Pictures have confirmed the start of production of Star Trek 4, a film that will recover the original cast, that is, Chris Pine, Zachary Quinto, Zoe Saldana and more return to their usual roles. Filming is expected to start at the end of this 2022 for a theatrical release next year, specifically, on December 22, 2023.

This has been announced by both J.J. Abrams as Brian Robbins, an executive at Paramount Pictures, further confirming both director Matt Shakman (responsible for Marvel Studios’ Scarlet Witch and Vision series) and the return of the entire modern Star Trek cast with Chris Pine as James T. Kirk, Zachary Quinto as Spock, Zoe Saldana as Uhura, Karl Urban as Doctor Leonard “Bones” McCoy, John Cho as Sulu and Simon Pegg as Montgomery “Scotty” Scott, in addition to other names that have not yet been revealed.

Filmmaker Matt Shakman will be assisted by screenwriters Josh Friedman (Snowpiercer) and Cameron Squires (Scarlet Witch and Vision), who will adapt an early script by Lindsey Beer (Sierra Burgees is a Loser) and Geneva Robertson-Dworet (Captain Marvel). .

Of course, for now there is no detail of its argument, so we will have to wait for further details of it as its shooting approaches; although they could well recover the plot of the first film in which Chirs Pine had to meet with his father played by Chris Hemsworth through time jumps, in addition to continuing with the events of the third part, Star Trek Beyond.

Let us remember that after the previous Star Trek films -2009, 2013 and 2016 and their respective notable box office receipts-, the saga has experienced a second youth with other productions such as Star Trek Discovery, Star Trek Picard and Star Trek Lower Decks.