Home Entertainment Star Trek: 10 Reasons why Kirk is the Best Captain, According to... 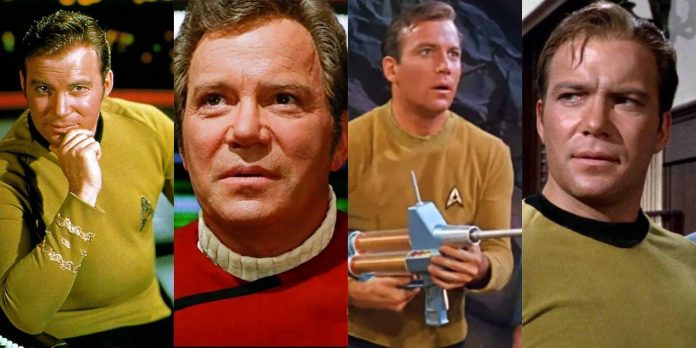 With Strange New Worlds once again transporting fans back to The Original Series era of Star Trek, viewers are reminded of all of the things that made that series great. One of the biggest positives was the leadership of Captain James T. Kirk, and he is still revered as one of the best captains ever.

From his swashbuckling confidence to his unflappable toughness, Kirk gives fans a lot of reasons to love him. Users on Reddit took to the site to settle the age-old debate once and for all, and they explained why they think he is the superior Star Trek captain.

Getting To The Point

A large part of Star Trek is diplomacy, and though Kirk excelled at it in his own way, he often preferred to expedite the situation. User Quackledork made their point succinctly, writing “Kirk does not accept the situation as it is, rather he asks a simple question, and quickly uncovers the truth”.

RELATED: The 10 Best Star Trek Movies, According To Ranker

His humanity is one of his greatest assets, and he helped to shape many alien culture’s impression of humans in general. Kirk’s desire to get to the point was usually driven by the pressing nature of many of his missions. He valued life above all else, and couldn’t waste time dilly dallying over formality.

While most other Trek captains were characterized by one or two traits, the nature of The Original Series required Kirk to be more. Of Kirk’s talents, user badwolf1013 said “For the most part the show was about Kirk. So he was the diplomat, the renegade, the swashbuckling romantic hero…whatever was needed for that episode”.

Despite being the storyteller’s avatar, Kirk always managed to be more than a one-dimensional caricature. Other shows mostly focused on their captains, but Kirk was the narrative drive of TOS, and the entire story went through him. In the wild early days of the Federation, Kirk was the captain that was needed most.

With A Little Help From His Friends

Though every bit a captain through and through, Kirk was far from an authoritative leader. User rymerster explained why they loved Kirk when they explained “A certain amount of intuition mixed with optimism that things will work out. This is balanced out by his dependence on Spock and McCoy to come up with the best solutions to problems”.

Though one of Kirk’s most famous character tropes is that he’s a lone wolf, he actually needs his companions quite often. Spock and McCoy represent the opposite ends of the emotional spectrum, and Kirk lives somewhere in the middle. Other captains tend to take a more authoritative tack with their crew, while Kirk wasn’t afraid to take suggestions when he needed them.

Kirk Could Take The Heat

The Federation of the TOS era was much less structured than it was shown in later shows, and Kirk was a rigid presence during those rocky years. User pseudonymously made an interesting observation about the captain when they said “He is virtually the only captain we run across on TOS who didn’t go mad with power or snap under the pressure of command”.

Piloting a crew of hundreds into the literal unknown is a daunting task, and in Kirk’s day, even more of the galaxy was unknown. Kirk’s coolness under pressure not only served himself well, but it very often saved the lives of his people when things went wrong.

One of the things that made TOS one of the most popular Trek shows was just how various it was. Later shows took on a procedural tone, but TOS valued creativity. User nermid saw that same trait in Kirk, writing “Kirk is the better captain. He was made for command, and he did his job with style”.

Every strange new world that the Enterprise encountered often required a strange new solution as well. Kirk’s unwavering optimism allowed for his creativity to shine when sitting in the big chair. If something stood in the way, he would devise a clever way to circumvent it and he usually looked good doing it.

The Man, The Myth, The Legend

Not only did Kirk have an influence on popular culture in the real world, but his influence was evident in the Star Trek universe as well. User chris_hawk praised Kirk’s legacy when he said “Even in the Next Generation era, the in-show canon showed that he was revered as a legendary figure”.

The benefit of blazing a trail is that a lot of people usually end up following in your wake. Kirk wasn’t the only captain in the Federation at the time, but he is the only one frequently cited as an influence by future Starfleet officers. Even amongst non-Starfleet characters, Kirk’s reputation precedes him.

When it comes to fictional characters, sometimes their worst traits actually make them better characters overall, and Kirk had his fair share of bad traits. User leon-nash saw Kirk inexorably linked to his flaws, writing “Kirk wasn’t perfect. He made mistakes, and paid dearly…He knows his flaws, and needs his pain”.

RELATED: The Best Star Trek Series, Ranked According To IMDb

Kirk’s adventures on the big screen gave audiences a chance to see the swashbuckling captain grow beyond his TOS years. As a result, he actually morphed into an even better leader because he was finally made to face all of the things his optimism allowed him to ignore. Characters like Captain Picard are so tied to their regulations, that they never allow themselves to make mistakes, the consequence of which is that they never learn anything either.

Listen To Your Heart

If other captains were dictated by their brains, Kirk was undoubtably driven by his heart. User Trekapalooza summarized the captain well when they said “He wasn’t distracted by too strict a sense of values and always followed his heart…He upheld Starfleet principles but he knew that no system was ever so perfect that it could be followed blindly”.

Kirk instilled trust in his crew by doing what was right by them even if it violated a regulation. Though he wasn’t nearly as reckless as his reputation implies, Kirk let his emotions do the talking in almost every situation he went into. While that trait may have made someone else a dangerous leader, Kirk’s emotions were always in check, and he could think emotionally without acting brashly.

Always In The Mix

Later series established that the captain’s place was on the bridge, but Captain Kirk was often in the middle of some of the best episodes of TOS. User arcsecond spoke of Kirk’s work ethic when they said “Just because he’s smart, doesn’t mean he’s willing to sit back and watch things unfold…He’s a champion of the powerless…and will roll up his sleeves and get to work because he knows he can do it”.

Other captains lead by command, Kirk almost always lead by example. There was nothing he would send a crew member to do that he wouldn’t do himself, and his personal involvement was always so much more than other authority figures. Kirk saw the captain’s chair as a responsibility, and not an elevated place of privilege.

Just as the opening credits narration explains, Star Trek is ultimately about the spirit of adventure, and Kirk truly lived up to his monologue. User Trekapalooza thought Kirk embodied the tone of the series, writing “He was a true explorer. He had the courage, the passion, and the spirit. He loved being a captain, and there was nothing else in life he would’ve rather been doing”.

Echoing the famous explorers of old, Kirk represented the spirit of discovery, and his adventurous nature meant he was uniquely suited to lead. He cared deeply for his crew, and viewed them as his responsibility, but he chafed under the minutia of bureaucracy. As his actions in the feature films showed, if he wasn’t on an adventure, he wasn’t happy.