Home Entertainment Star on Disney +: price, series, movies and all the details 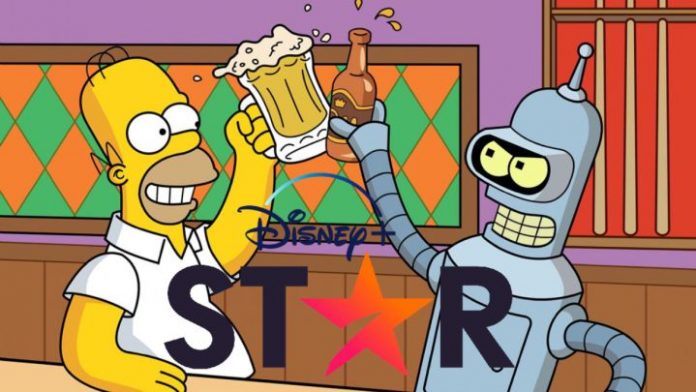 There have been months in which Netflix has contributed more than a hundred new releases, and weeks in which adding all the contents of those 7 days from various VOD platforms.

But Disney is a lot of Disney, and it comes ready to smash records. If it already did so at its premiere with a catalog of classics from hundreds of series and films, Today another record, because in a single day some 300 contents have arrived between new series and films, courtesy of the Star platform.

Using Star in the same way that until 2018 he had the service of his Touchstone Pictures, a Disney distribution label that was created for ‘PG’ films not recommended for young children, such as Pretty Woman, Ed Wood, Nightmare Before Christmas, Roger Rabbit, Dick Tracy, Good Morning Vietnam, Lincoln, The Dilemma or many films by Jerry Bruckheimer, Disney will take advantage of so that Star is a ‘hub’ with its own entity within its Disney + platform, and thus offer content that will range from the qualified ones’ PG ‘to directly’ +18 ‘.

Star Price on Disney +
Here we are going to explain what Star is exactly: It is not an accessory service that you hire separately, as for example if you purchased football content on Movistar +, but it directly becomes part of Disney +. For this reason, the price of the Disney + subscription is also higher, a decision announced months ago that is due both to the inclusion of Star and to the ambitious future plans that the company already revealed to us in December, with a multitude of new Star series Wars, Pixar and Marvel in preparation.

If previously Disney + was worth 6.99 per month, starting today, February 23, Disney + will cost 8.99 throughout Europe, an increase of € 2 per month that will bring with it the inclusion of the Star content platform, which includes more adult-oriented productions of:

And what happens if I am already subscribed? Well, if you renew on a monthly basis, from the March invoice you will pay € 8.99. And if you are subscribed for a whole year, when your subscription cycle ends, you will pay the new monthly amount.

Star will bring complete series as mythical and pure TV history as Perdidos (Lost) and the mysteries on that ‘desert’ island to which the survivors of Oceanic Airlines flight 815 are going to land; the intense 24 and the character who changed alongside Jason Bourne to action heroes in the 21st century: Jack Bauer.

The caustic Desperate Housewives; the ‘rom com’ How I met your mother -and curiously partial manager of the current Cobra Kai-; the tremendous Sons of Anarchy and the most mythical of all: The X Files. You will have all this within the Disney + offer, which has chosen to present this content through Star to differentiate its theme and the demographic base to which they are directed.

And also cinema, with two franchises as popular as the Alien saga and the Die Hard saga – both owned by Disney after its deal with FOX by the way. In fact, another FOX has been incorporated by surprise, just yesterday at midnight Spanish time: Futurama, the wonderful series from the creator of The Simpsons who ages that gives pleasure and arrives with 10 seasons of his irreverent -but correct- satirical-space humor .