Home Entertainment Star Citizen is free to play for a limited time, including a... 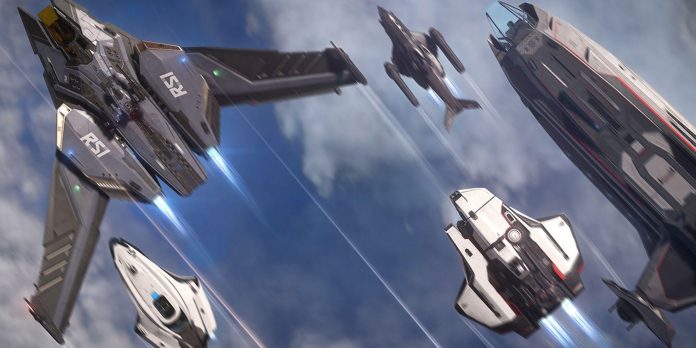 Star Citizen regularly hosts free events to celebrate certain milestones, social events, or simply give new players the opportunity to try out the game before deciding to support the project. This current free event runs until September 16, while some of the game’s starter packs are also available at a discount if players decide to make a purchase. Star Citizen abandons the usual pre-purchase options in most games and instead offers players to buy individual ships to gain access to the game, and some of these ships have a high price.

While all Star Citizen ships can be earned using in-game currency during the game, the eight ships featured in the Free Fly Showdown event can be exchanged for free at the game’s spaceports during the event. These ships include Carrack for $600, Origin 600i for $475, Aegis Redeemer for $325, Crusader Mercury for $260, RSI Scorpius for $240, Argo RAFT for $125, Aegis Avenger Titan for $70 and Anvil C8X Pisces Expedition for $60. In total, these eight ships cost a whopping $2,155, which is a significant investment of money for virtual spaceships.

Star Citizen has faced controversy over its exorbitant pricing model, which appears to target wealthy “whale” players willing to shell out hundreds of dollars for access to ships, even though the game is still in an unfinished early alpha state. Despite this, or perhaps because of it, Star Citizen is the most crowdfunded project in history, having raised more than $400 million during an 11-year development. Fortunately for interested gamers on a tight budget, there are still a few reasonably priced packages available, such as the $45 Aurora MR starter pack.

Naturally, for a game in development, Star Citizen regularly receives major updates that add new features or improve existing ones, so players who have bought the game can expect a lot of new content in the future, as Cloud developer Imperium Games is doing more and more. For those who haven’t decided to try the game yet, these free events are a great way to check if it’s worth the investment.

Star Citizen is available on PC.

Why Dwayne Johnson listened to fan reviews about the creation of...